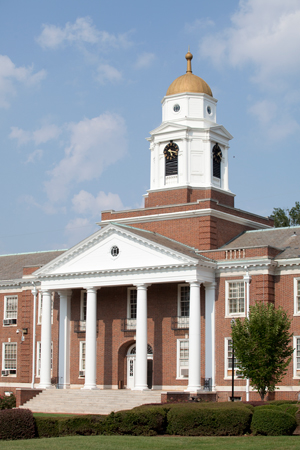 Founded in 1988, Clark Atlanta University is the product of a merger between Atlanta University (the graduate school where W.E.B. Du Bois once taught) and the undergraduate Clark College, both founded in the 1860s. In addition to being the largest institution in the United Negro College Fund, Clark Atlanta is a member of the Atlanta University Center, the nation’s largest conglomeration of historically black institutions; other members include Spelman, Morehouse, and Morehouse School of Medicine. Despite the controversial declaration of an “enrollment emergency” in 2009, Clark’s enrollment exceeded expectations this year with 3,941 students, the most in the AUC.

Ranked twenty-second among historically black colleges by U.S. News & World Report and chosen as one of 133 best Southeastern colleges by the Princeton Review, Clark Atlanta is one of only four HBCUs to earn a Carnegie research school classification. Thirty-eight majors are offered through four schools: arts and sciences, business administration, education, and social work. The most popular majors include biology; business administration; and general radio, television, and digital communication.

Clark Atlanta’s five men’s and six women’s Division II varsity teams compete in the Southern Intercollegiate Athletic Conference. There are eight sororities and fraternities, but less than 5 percent of students choose a Greek affiliation. Other extracurriculars include the “Jazz of the City” radio station, CAU-TV, intramural sports, and eighty student organizations. The Mighty Marching Panthers, known for their appearance in the 2002 movie Drumline, were invited to perform for the seventh time at Honda’s Battle of the Bands this January.

A favorite spot on campus, whether for studying or socializing, is the newly renovated Robert W. Woodruff Library—affectionately dubbed “Club Woody.” Clark Atlanta shares the facility with other members of the AUC.

While tuition and fees approach $18,000 a year, generous scholarships help curb costs. Significant discounts are also awarded to students with siblings enrolled and to children of United Methodist pastors, reflecting the university’s affiliation with the church.

The complicated math behind buying a college education in Georgia