“We talk about regional varieties and how it’s evolved from slavery and the Civil Rights movement through today,” McConnell says.

She leads the tours with chefs or general managers at each location popping in to speak as well.

“There was nobody anywhere in the South doing a food tour that really looks at Southern food. I wanted it to be more than a neighborhood tour—I wanted people to realize the depth and history,” she says.

The tour begins at Paschal’s, where attendees sample fried chicken, candied yams, and cornbread, and where McConnell talks about soul food’s West African origins. At Smoke Ring, attendees learn about the history of barbecue and moonshine while digging into smoked pork belly, smoked pulled pork, mac ‘n cheese, collard greens, and a moonshine cocktail. McConnell then leads attendees to Arden’s Garden where they sample raw foods and juices and discuss the future of Southern cuisine. Next is Just Add Honey tea boutique, where the group discusses sweet tea while drinking a peach variety.

The tour continues with shrimp and grits and low country talk at Sweet Auburn Seafood, followed by the Sweet Auburn Curb Market at Metro Deli. There, attendees enjoy hoecakes, black-eyed peas, and banana pudding. The last stop is Miss D’s for New Orleans-style pralines and a dialogue about Creole cuisine.

Currently the Southern tour is the only one offered, but McConnell hopes to expand. “The goal is to create more [food walks] in neighborhoods people don’t think of as food hotspots,” she says.

Atlanta Food Walks are held Thursday through Saturday at 11 a.m. and cost $65 per person, with an eight-person maximum per tour. Discount tickets are available throughout the month with code 50MAY. 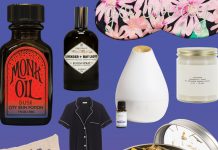