After a year off due to the pandemic, the Atlanta Food & Wine Festival will return on September 9-12. Under new ownership—an event company called Agency 21—the festival will be a condensed version of previous years while striving to stay true to the theme of celebrating the flavors of the South.

“We’re dealing with a constantly evolving situation in a worldwide pandemic. An outdoor daytime event felt like the safest environment,” says Agency 21 CEO Brett Friedman. “However, it shouldn’t feel that different. We’re just happy to be back.”

The tasting tents will serve as the cornerstone of the festival, once again located in Historic Fourth Ward Park. The tent layout will be tweaked from previous years to allow for more air flow. There will be less of a focus on themes as in previous years and participating chefs from beyond just the Southeast. Saturday will feature a curated barbecue tent with food from pitmasters Leonard Botello (Truth BBQ in Houston) and Burt Bakman (Slab BBQ in Los Angeles), among others. Sunday focuses on tailgate fare from Top Chef alum John Tesar (Knife in Dallas), Bruce Kalman (SoulBelly BBQ in Las Vegas), Alex Seidel (Mercantile in Denver), and Giorgio Rapicavoli (Luca Osteria in Miami).

Both days, Yelp Atlanta will highlight their favorite 10 local spots. Smaller tents around the perimeter of a field will spotlight a variety of cuisines from chefs from 13 states. Among the eateries: Twisted Soul, Emmy Squared, and Popbar.

Expect wine pop-up stations, a cocktail garden, live music, games, a juggler, magician, stiltsman, and flame thrower, too. Instead of the traditional learning experiences that previously took place at the Loews Atlanta Hotel and cost extra, culinary demonstrations will be included in the tasting tents this year.

“We’re making them more accessible to consumers without the additional fee,” Friedman says. “In 2022 we’ll go back to full programming with some new variations.”

A selection of 30 to 50-person meals will be held around the city, including: one with Lazy Betty’s Ron Hsu and Aaron Phillips, A Taste of España dinner at with chef John Castellucci of Cooks & Soldiers, Sunday Supper at Deborah VanTrece’s Twisted Soul Cookhouse & Pours, Southern Revival Brunch at the Woodall, Italian Sunday feast at Colletta Atlanta, the Ultimate Omakase experience at O-Ku Atlanta, dinner at 5Church, and South Main Kitchen’s Taste of NOLA dinner. Tickets to these events are sold separately. 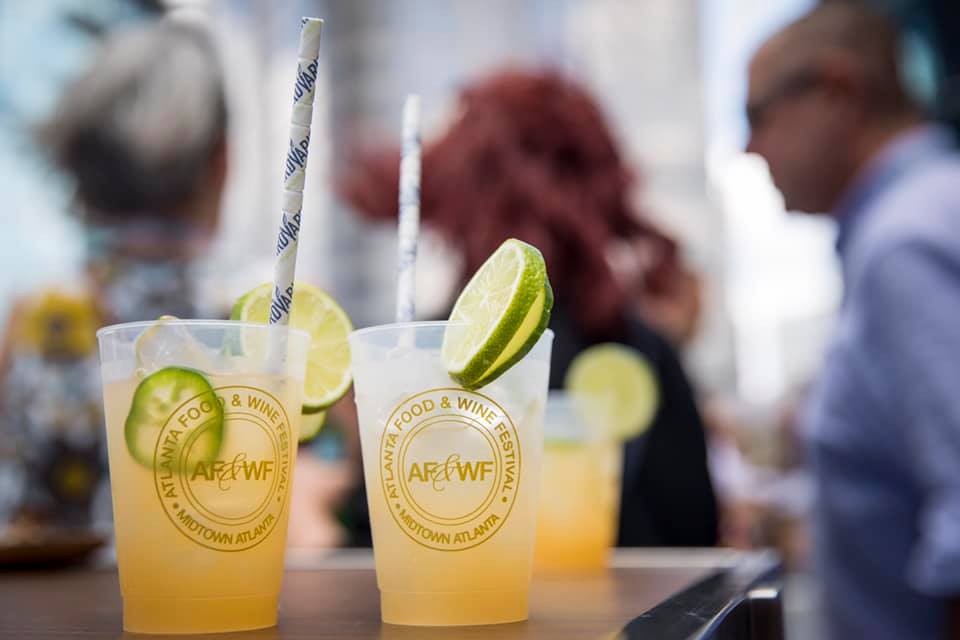 AFWF is also increasing the stipends provided to participating chefs to help support them during the pandemic. In addition, a percentage of the proceeds from the festival will go toward reducing food waste with Second Helpings Atlanta and preserving endangered species through Children of Conservation.

Tasting tent tickets are currently on sale for $150 for one day or $275 for two. VIP passes are available. Frontline workers can receive a 50 percent discount on Sunday Tasting Tent tickets by emailing a21events@squadup.com with proof of profession. Prices are schedule to increase August 13.