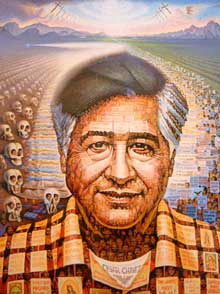 Cesar Chavez’s birthday is coming up March 31, and perhaps you haven’t thought of a proper way to mark the occasion. Do not panic. Just open a new Word file, fire up the Wikipedia, and start writing.

The winners of the Georgia Association of Latino Elected Officials’ 2013 Cesar Chavez Essay Contest will get to read their winning compositions at the 6th annual Cesar Chavez Rally at the Capitol on April 1—and record the accomplishment on college applications and job resumes.

For anyone who is not old enough to still feel a pang of guilt when eating table grapes, Cesar Chavez was a migrant farm worker and labor organizer who help found what is now known as the United Farm Workers union. His birthday is celebrated as a state holiday in California, Colorado and Texas. Chavez, who never earned more than $5,000 a year, died in 1993.

The annual rally in Georgia is part of a multi-organization effort to make Chavez’s birthday a national holiday. GALEO holds the essay contest as a way to keep high school and college students aware of Chavez’ impact on American history.

“We hope that by doing the research and writing the essay, they’ll be educating themselves and their family members about who Cesar Chavez was,” says Lauren Waits, who is organizing this year’s contest.

The contest and the rally may have added significance this year in the wake of 11th Circuit Court of Appeals ruling last August to uphold a controversial provision in Georgia’s Illegal Immigration Reform and Enforcement Act (HB 87) allowing police to request citizenship documentation of people they find suspicious. The law, passed in 2011, has succeeded in driving away illegal immigrants, but has also led to widely publicized labor shortages in the fields, where both legal and illegal immigrant migrant workers take on much of the backbreaking work.

Contestants may choose one of four essay topics relating to Chavez and may write their essay (not to exceed 500 words) in English or Spanish. Winners will be chosen in two categories: high school student and adult. Entries are due March 1. To download contest rules, a permission form for minors and essay guidelines, visit the GALEO website.

This year’s rally will be held at 11 a.m. April 1 at the Georgia Capitol. In addition to the essay winners, speakers include Uvalda Mayor Paul Bridges, a conservative Republican who has become a vocal opponent of HB 87. 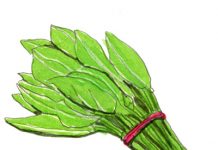