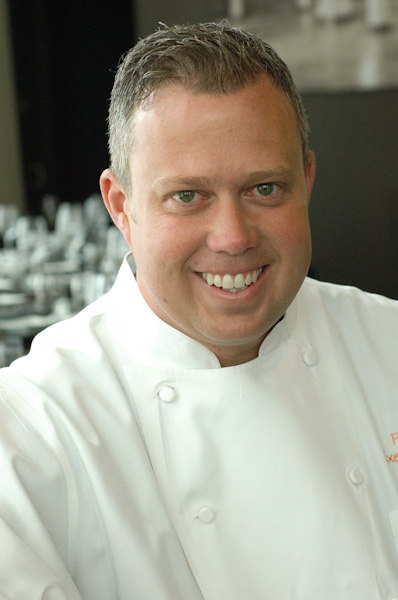 Chef Ford Fry has his hands full with JCT Kitchen, No. 246, and the Optimist, which was just recognized as this year’s best new restaurant by Esquire. But Fry’s ambitions don’t stop there. Atlanta Magazine caught up with the busy chef at the annual Lunch Break for Kids, a fundraiser for adolescent nutrition education and awareness.

After chatting about the importance of the program and raising healthy children (including his own), Ford shared some details about his array of upcoming culinary projects, including the much-anticipated King + Duke, his restaurant opening in March 2013 that will occupy what was previously Buckhead’s Nava.

King + Duke has been described as “Colonial American.” That’s not something you hear everyday! I think that word has confused people. Everyone asks me, “What is the cuisine?” or “What is the concept?” But it’s neither a concept nor a cuisine; instead, it’s a technique of cooking. We’re building a massive twenty-four foot hearth. So where the whole “Colonial” came into play was more just how things were cooked at that time.

What’s your culinary vision in this massive hearth? There may be elements of small rotisseries, various grills, and multiple systems that can raise and lower the different cooking systems. We may have ducks roasting, and underneath the ducks we may have a big cast iron skillet with say, really awesome plums. So the duck juices are really basking in the plums. We’re bringing the whole dish together by using the hearth.

And who is going to run the hearth? Joe Schafer. This guy is Mr. Smoke. I mean, he makes his own charcoal at home. He’s got his own big smoker in his backyard. He’s so passionate about this type of wood cooking. I’m really excited to be working with him because he’s an awesome guy.

King + Duke isn’t the only thing you’re working on right now. There are rumors about you setting up shop in Texas? Our main ﬁnancial partner is in Houston, Texas, so he may like something down there. We went down there just to test it out. We’ve got a lot of stuff going on here ﬁrst but we did come across one space that was really close to where I grew up. We’ll see how it goes in Houston, the economy in Texas is really really good.

Any other projects we should know about? There are two more in town projects in the works. One of them I have been dying to do — a kind of Austin, Texas, tex-mex with some authentic Mexican. That kind of big Mexican restaurant with awesome margaritas and maybe even a live music component. We want to do that—like what you ﬁnd when you go to Austin.