Every week, we give you an in-depth calendar of upcoming dining events to help you navigate the weekend’s culinary festivities.

Saturday, October 24
CHILI PEPPER FESTIVAL
Virginia-Highland inaugurates the area’s first annual Chili Pepper Festival this Saturday from 4 to 11 p.m. at the intersection of North Highland and Amsterdam. The Original El Taco, DBA Barbecue, and Mali will serve up specials overflowing with chili peppers. Delta Moon, My Friend Ian’s Band, El Scorcho, and Shark Fighter will provide live music. Plus, adventurous festival-goers can test the mettle of their taste buds by partaking in a chili eating contest.

FASHION PLATES
To acknowledge National Breast Cancer Awareness Month, Sepras True Food breaks out Fashion Plates this Saturday, from 11:30 a.m. to 1:30 p.m. The event whips up a four-course, prix fixe brunch comprising New Orleans beignets, butter lettuce salad with artichoke chips, shrimp butternut or vegetarian risotto, and an apple and pear strudel, replete with endless mimosas. There will also be an informal runway show, including fall and winter fashions from Meringue and The Fickle Manor plus jewelry from Mickey Lynne and Drea James Designs. Tickets cost $45 per person, a portion of which will go to the Susan G. Komen for the Cure foundation, and can be purchased through The Reynolds Group.

Sunday, October 25
RAY’S ON THE RIVER’S 25TH ANNIVERSARY
Ray’s on the River officially turns twenty-five this Sunday, and to celebrate, it’s giving each of its dinner patrons a glass of champagne or a slice of cake. The restaurant’s three outposts have been commemorating their big Two-Five the entire month with themed weeks, and for this week, leading up to its bona fide birthday, it’s “1984 Week:” Each day offers a special from the 1984 menu, sold at 1984 prices. Beginning Monday, it’s “Charity Week” to help conclude National Breast Cancer Awareness Month.

Tuesday, October 27
COPPOLA CRAVINGS
W Atlanta-Downtown will host a wine tasting and screening of the 1992 horror-cum-romance Dracula this Tuesday at 7 p.m. Coppola Cravings will feature a variety of wines, including Coppola Claret and Coppola Chardonnay. RSVP to W Atlanta-Downtown’s events e-mail, as the guest list is limited.

SOHO’S 12TH ANNIVERSARY
Vinings’ SOHO marks twelve years of business with a four-course, prix fixe dinner this Tuesday. The menu will feature items from the 1996 movie Big Night, including pasta en brodo, tri-color risotto, il timpano, and suckling pig. The movie’s soundtrack, coupled with music by Louis Prima, will be set the night’s ambiance. Tickets are $65 per person, and there will be a complimentary raffle. 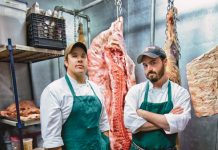 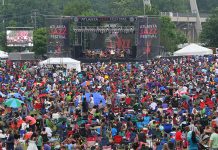 20 Atlanta festivals to enjoy in May