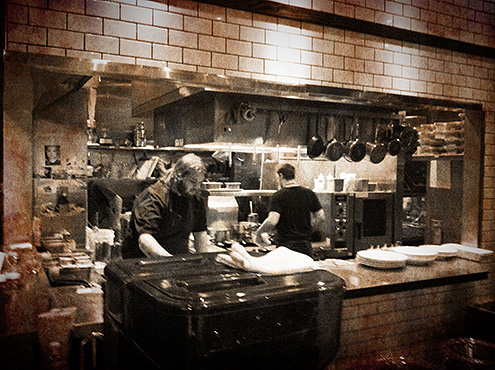 The Lawrence, the newish Midtown hotspot from chef Shane Devereux and restauranteurs Darren Carr and Patrick La Bouff, will begin brunch service this Sunday. The place has already made itself known as the restaurant where Devereux, who formerly served as executive chef for Top Flr and Sound Table, has delivered his most ambitious food yet. The brunch will run every Sunday from 11 a.m. to 3 p.m.

We’ve got the brunch menu below. Looks like you expect some uncommon touches: pig ear on a croque-madame, Canadian duck on eggs benedict. I’d bet that their talented beveraged director Eric Simpkins will be putting his own touch on a bloody mary, as well.

Photo via The Lawrence