Home Local Foods MSG, umami, and the foods you love that contain them 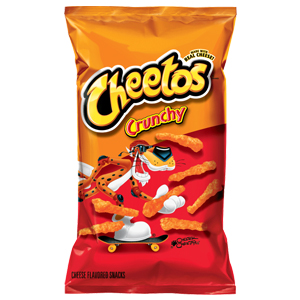 You’ve seen the signs — “NO MSG” or “We don’t cook with MSG” — and you’ve probably only seen them in Chinese restaurants. The irony, however, is that despite what’s posted above the fish tank, the kitchen is probably still using the flavor-enhancing additive. Is this a bad thing?

Monosodium glutamate — MSG for short — has long been seen as the villain in Chinese kitchens, as pointed out in a recent and thorough feature in the Smithsonian. For decades Chinese restaurant owners have had to fight against the misconception that every piece of chicken and broccoli was dipped, smothered, and fried in a harmful additive, one that people blame for their headaches, among other ailments. But not only do kitchens use MSG minimally, science has yet to find a link between MSG and health issues (see here and here).

While the idea of MSG, which comes from Japan, carries deeply ingrained negative connotations, we have in recent years become obsessed with the term “umami” to describe a meaty-unctuousness labeled our “fifth taste” (alongside sweet, salty, bitter, and sour). Consumers and chefs alike love the delicious word.

There’s just one problem: MSG is umami. An excerpt from the Smithsonian article reads:

Glutamate is one of the most
abundant excitatory neurotransmitters in brain, playing a crucial role
in memory and learning. The FDA estimates that the average adult
consumes 13 grams of it a day from the protein in food. Non-meat food
sources like tomatoes and Parmesan cheese have high levels of glutamic
acid…

…What few people understand is that the hated MSG and the adored
umami are chemically related: umami is tasted by the very receptors
that MSG targets. At a MAD Symposium in Denmark, a TED-like conference
for the food industry, Chang spoke about MSG and umami: “For me, the
way that I’m looking at umami, it’s the same way I look at MSG. It’s
one in the same.”

Say what you will about how MSG affects you or what you think it will do. Even my own grandmother, who was born in southern China, accuses the other of using MSG before not-so-subtly suggesting that my next bite of Yen-Yen’s egg-foo-young will be my last. Don’t forget, though, that the ingredient has become a staple in American processed food. On that note, below are several foods and brands that use MSG.

You may love it way more than you think.