Home Restaurants Todd Richards talks the Pig and the Pearl 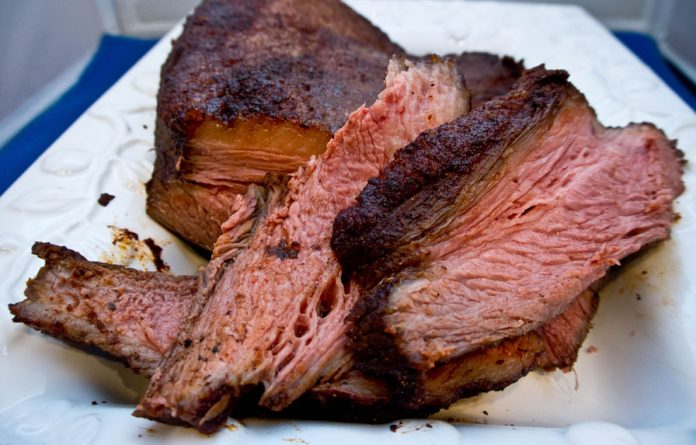 Todd Richards, executive chef at the Shed at Glenwood, is opening a smokehouse and raw bar called the Pig and the Pearl this winter. Richards—who previously worked at the Ritz-Carlton, Buckhead—and his Shed husband-wife owners Cindy Shera and Todd Martin are revamping the old Geisha House space across from YardHouse in Atlantic Station. They are targeting a December 2013 or January 2014 opening, and will offer menu items like sausage-stuffed onion, watermelon salad, oysters, and bourbon-roasted banana pudding, in addition to straight-up barbecue like brisket and ribs. Below, Richards shares his plans for the space, the food, and more.

Tell us about the concept.
It is a smokehouse and raw bar but it’s more than that. Those are general terms. We’re focusing on two iconic styles of cooking and preparing in the South—two traditional dining methods. We’re getting as many of the products locally sourced as possible; meats and seafood will be from the East Coast.

We’ll have hot and cold appetizers; a raw bar with oysters, shrimp, king crab legs, smoked scallops, and trout; traditional smoked meats like barbecue ribs and pulled pork, plus ducks and quail; and smoked vegetables like onions and eggplant. I want to give people the freedom to order things a la carte but we’ll also have plated meals.

What type (region) of barbecue will you concentrate on?
The Pig and the Pearl will include barbecue but it’s not just barbecue.
Barbecue is a subset of smokehouse—they are very different. Barbecue gets into other aspects of cooking. It’s more scientific. The difference is in the cooking temperature. Smokehouses cook at lower temperatures than typical barbecue restaurants. Barbecue focuses on different sauces. Smokehouses don’t use a lot of heavy sauces for the meats. The time it takes to do something in the smokehouse is a lot longer because you’re cooking at a lower temperature. There are different ways to use rubs and salts – different proteins need different salts.

[At the Pig and the Pearl,] we’ll have vegetables, fish, meats, seafood, and oysters.
You don’t associate seafood with barbecue, but you do associate it with smokehouses.

What kind of smoker will you be using?
We’ll have two huge hot smokers and one cold smoker. Cold smoking is 50 degrees F or lower (used for fish). Hot smoking is 150 to 180 degrees F. We’re using hickory and pecan wood.

How did your experience with Rolling Bones BBQ influence your decision to open a smokehouse restaurant?
My family has traditionally done smoking and barbecuing. This is something I’ve been doing since I was a kid. It’s a dear art form to me because it’s something my family shared. I have a classic style of smoking meats but I don’t think Rolling Bones really has anything to do with it.

What’s the focus of the beverage program?
Cindy [Shera] is writing it. We’ll have full service bar with a great bourbon selection, and a lot of punches and cocktails made with fresh juices and bitters. The beers will be really outstanding. We’re investing a lot of time in making sure the beverage program is equally as good as the food. You can’t have smoked meats without bourbon or some particular type of whiskey.

Who will take over the kitchen at the Shed at Glenwood?
I will be in between both places as executive chef.

A traditional smokehouse seems like a total 180 from Geisha House’s trendy vibe. How is the interior of the space changing?
You won’t even know it was Geisha House before. We’ll only occupy the downstairs—it’s still a good-sized space. We’re using natural woods and natural lights, and bleeding the two ideas (smokehouse and raw bar) together—a rack of oyster shells with wood from smoker.

There will be a raw bar and a regular bar, and a combination of booths and tables, plus a covered patio. The color scheme is soft blues and woods.

It was rumored that you had a restaurant in the works on 13th Street, tentatively called the Wildflower. Is there any truth to that?
Just because you walk into a building doesn’t mean you’re opening a restaurant there. Things get misconstrued. We do one project at a time. 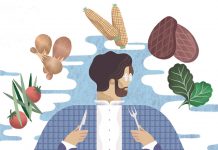 Commentary: When it comes to dining, Atlanta should look inward