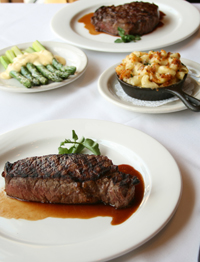 Tom Catherall, founder of Here To Serve Restaurants (Noche, Prime, Aja, Cantina, Goldfish, Twist, Shout, Coast, and Strip), is turning 64 in May, but he’s not slowing down anytime soon. In fact, he’s celebrating his birthday Memorial Day weekend this year with the opening of another restaurant, Smash. Located in Brookhaven in the space formerly home to Stir Crazy, Smash will be an American chophouse, likely led by former Prime executive chef John McGarry.

“Originally, I thought about doing Tom Tom again, but we started designing it and the space didn’t look like Tom Tom,” Catherall says. “We started doing the menus and I realized I didn’t want to do something from twenty years ago.”

Instead, Catherall came up with the idea for Smash while in London. He had been eating a lot of potatoes there and was particularly fond of a “smash of vegetables and mashed potatoes—Brussels, carrots, and cabbage—fried in a skillet.” He says he was going to call the restaurant Mash because it would be a mishmash of the restaurants he’s created over the years. However, upon his return to the U.S., his staff convinced him the name Smash was catchier.

Nevertheless, Smash will serve the aforementioned potato dish, as well as smashed (muddled) drinks, slushies, and more. The menu will be comprised of salads, sandwiches, steak burgers, wood-fired pizzas, and entrees. The pizzas will be made with double-zero flour—inspiration courtesy of Catherall’s friend, Antico Pizza founder Giovanni Di Palma.

On the other hand, Catherall continues: “I love Watercolor [Florida]. I really need to do a restaurant down there—every place to eat is horrible.” 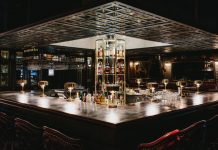