Wisteria owner and executive chef Jason Hill is opening a breakfast and lunch spot called Folk Art that should be serving come August. Located at 465 North Highland Avenue, on the opposite end of the strip of Inman Park restaurants from Wisteria, in a space that’s been empty for nearly ten years, Folk Art focuses on “artful food for simple folk.”

“I came up with the name Folk Art years ago and my wife loved the it,” Hill says. “I won’t have any type of folk art in here—it’s simple food folk would make, with an art form to it.”

Folk Art will be open from 8 a.m. to 3 p.m. seven days a week, and available for private parties in the evenings. Though Hill will remain executive chef, Wisteria veterans Danielle Munoz and Macho Perez will take on a majority of the work in the kitchen.

“These are the guys who give the chefs all the credit and do all the damn work,” Hill says of the duo, who’ve worked with him on and off for twenty years. “They’re the true backbone of the restaurant.”

Hill says he originally wanted to open a meat-and-three restaurant, but the space wasn’t big enough for a buffet. Instead, he settled on nostalgic breakfast and lunch place with some meat-and-three options.

The restaurant is casual; meals cost $10 to $12; and reservations are not accepted. However, Hill says customers should expect the same level of service they get at Wisteria.

He intends the space to be comfortable with tables and booths made from steel and wood (seating 80), green and white tiles, wood floors, glass, brick, exposed beams, and an old Kodak sign on the wall. 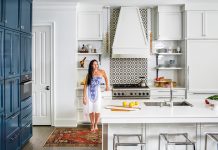 This Decatur townhouse got a bright, colorful makeover 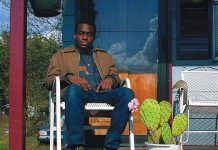 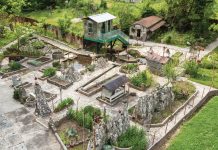