What wine pairs with Aaron Neville’s buttery tenor? Find out at City Winery, Ponce City Market’s newest attraction. The 26,000-square-foot concert hall–meets–wine bar is the brainchild of Michael Dorf, who first launched the concept in New York City in 2008. During shows, guests can order wine from a 400-bottle list and small bites like salads and flatbread pizza. You’ll even find City Winery’s own blends, made on-site with grapes from Georgia, California, and Oregon.

Michael Dorf’s picks
Don McLean
July 3
“Because of the controversy around him, I’d drink as much Scotch as possible. My apologies to Don, but that’s all I can think of.”

Macy Gray
July 18-19
“She’s fairly bold, but she’s got such subtlety to her singing. That requires something delicate but strong and with finesse, like our own Petite Sirah.”

Aaron Neville
July 22-23
“His voice is super silky. My god, he could shatter a bottle. He requires a slightly aged, sophisticated Pinot Noir from Burgundy.” 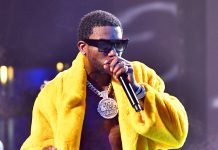 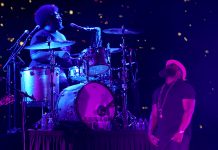