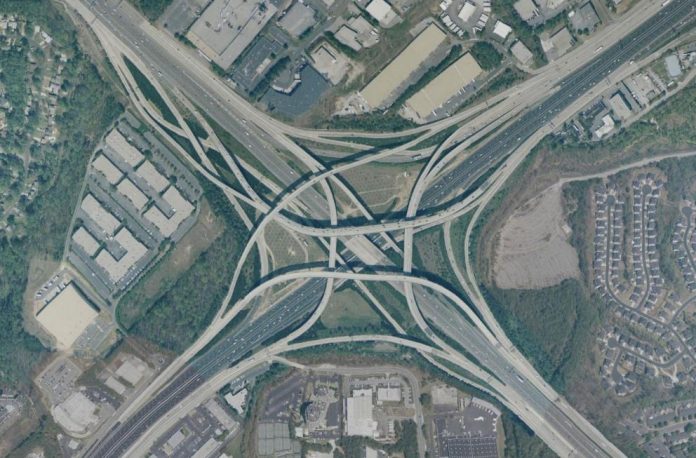 More than two years have passed since Valdosta teenager Kendrick Johnson was found dead inside a rolled-up gym mat at his high school. Still without answers, the south Georgia town has grown divided amid allegations of a cover-up. In a pair of stories this week, Boone looks at two different families—one searching for justice and another fighting for vindication:

Kendrick’s body was found Jan. 11, upside down in a 6-foot-high cheerleader’s mat that was rolled up and stacked vertically among at least a dozen others. Local and state investigators concluded he died of “positional asphyxia.” They believe Kendrick became trapped in the mat while reaching for a pair of sneakers at the bottom. A terrible accident, to be sure, but an accident all the same.

Kenneth and Jacquelyn Johnson have never bought that theory about their son’s death. In a wrongful death lawsuit, they allege that Kendrick was beaten and stuffed into the mat by the Bell brothers and a third boy. A massive cover-up to protect the killers ensued, the suit alleges, involving the Lowndes County sheriff, school superintendent, the GBI and the state medical examiner’s office. A private autopsy performed for the Johnsons suggested Kendrick’s death was caused by blunt force trauma.

Both the Johnsons and the Bells are desperate for closure. So is Valdosta, which has become bitterly divided by the case, largely along racial lines. Kendrick was black, the Bell brothers are white. But answers may never come.

Read: In Valdosta, a shocking death, a family shattered, a city torn asunder

In yet another excellent story from the literary magazine’s Georgia Music issue, Maddux tells the tale of a largely unheralded Atlanta blueswoman who has played for crowds of one at Underground Atlanta and wowed thousands opening for B.B. King:

Beverly “Guitar” Watkins is seventy-six years old. She is wearing house slippers, a hair net, and an Atlanta Hawks t-shirt on backwards. She is probably the greatest living blues guitarist that no one has ever heard of. Today, she is trying to sell her couch. “This couch is nice,” she says. Watkins stoops and smacks the button that makes part of it lean and a footrest pop out. “It does that on both sides. It cost four hundred dollars. My son picked it out for me. I’m selling it for two hundred.”

She is trying to sell her couch because she wants to move out of this apartment on the third floor of a seniors-only complex in Atlanta’s Old Fourth Ward neighborhood. Down in the lobby, a gaggle of women her age sit propped up in wheelchairs, their faces lit by daytime TV. Hidden speakers pipe an endless playlist of schmaltzy pop standards into every hallway and common room. It’s a nice enough place, but it’s not her scene.

Read: Hammer in Her Hand

After the Panthers’ Super Bowl drubbing, quarterback Cam Newton received criticism not just for his performance, but his post-game demeanor. Before that happened, though, Nusbaum headed South to visit the tiny Newnan church where Newton’s father preaches. In writing about his experience, Nusbaum captures another side of the much-maligned star through his father’s eyes—one that’s worth revisiting after the big game:

When Cam played in college and then entered the NFL, nobody was telling these high school anecdotes. Or if they were, nobody was listening. Instead, supposed football experts openly wondered whether he had the intellect or leadership skills to play quarterback. There were message board rumors that Auburn dumbed down their playbook for him. He stumbled on the influential Jon Gruden’s QB Camp show on ESPN.

“That’s condescending, again,” said Cecil Newton. “Does a black quarterback have the intelligence to play at the level of other quarterbacks? Let’s dispel that myth. Let’s put it to bed. If that were to be the case, then he would not be able to perform at the level he’s performing at.”

I heard pain in that answer, just as I could hear it when he sat me down in the office at Holy Zion trying to find out whether I was going to write the same tired story about his son. So I asked him the question that had been nagging at me ever since I began to think about Cam Newton and Cam Newton’s family. Maybe it nagged because I am a son, one of three boys just like Cam, or because I had recently become a father myself. What is it like to watch your son—the boy you raised right—have his intelligence mocked and his character questioned by haughty writers and analysts for silly reasons like dancing or wearing a towel on his head?

Read: The House That Built Cam

Gravel, the heralded planner behind the Atlanta BeltLine, is a guest co-editor for the latest issue of Art Papers, which looks at the city’s “transportation legacy, and its impact on art, design, and the urban plan.” In his editor’s note, Gravel reflects on his experience walking around in a city built for cars:

Similar evidence of how we value cars more than people can be found just about anywhere, and while there are valid counter-arguments emerging even in Atlanta, the fact remains that most of our resources still go to the cultivation of conditions that punish people who don’t drive—often a proxy for low-income or otherwise disenfranchised communities.

Under construction just a few miles from [motorist Raquel] Nelson’s tragedy, for example, is the Northwest Corridor project. At a cost of nearly $1 billion, this 30-mile reversible toll lane follows I-75 northwest of Atlanta. Without companion growth policy to ensure it works as designed, the project can only induce more car traffic. In addition to that, its utility is limited to motor vehicles: no walking, biking, or skating is allowed there; no discussion of its impact on our health or economy; no dialogue about equity or its impact on how people live.

Far from fulfilling the dreams we have for our lives, investments like these only emphasize the challenges to rebuilding our cities for people. So it is particularly refreshing to also find momentum behind the Atlanta Beltline and similar projects that are inherently inclusive and that actively engage and even celebrate dialogue about who benefits from their construction, and how. For roughly the same cost as the Northwest Corridor, we could build transit around most of the Atlanta Beltline. That’s not happening yet, but even so, we can see how the concept is already driving much more life-affirming outcomes in our economy, health, and mobility—all despite a more modest investment.

Read: Letters From The Editors

In the late ‘80s, Antonio “L.A.” Reid wanted to leave Los Angeles after a series of earthquakes rattled the West Coast. He went on to found LaFace Records, which would become home to artists such as Usher, TLC, and Outkast, in Atlanta. In an excerpt from his new memoir Sing to Me, Reid, with the help of Selvin, writes about the producer’s journey to the south:

Kenny [“Babyface” Edmonds], Pebbles, and I brought a map into the studio and pinned it to the wall. Where would we go? The three of us stood there looking at that map, and I do not remember which one of us said Atlanta, but after that, nothing was the same. Atlanta was not on the pop music map. It was a large Southern city, but it didn’t feel like the old South. It was the birthplace of the Rev. Martin Luther King Jr., and the city where civil rights leaders Andrew Young and Maynard Jackson had been elected mayor. Atlanta had this robust history and an upwardly mobile black community. It felt like a city full of dreamers, a place where things could happen and a place that hadn’t been born yet musically.

It was a city that, in many ways, reflected what was going on with our music. Postdisco rhythm and blues in the MTV world had taken on a pop sheen, losing much of the raw, ghetto funkiness of the music I grew up playing. Like the black community itself, our music had taken on elegance, class and dignity, without sacrificing any of the essential black ingredients — grit, sass and soul. The more we thought about it, the better the idea of Atlanta sounded. We could own that town in a way we never could Hollywood. We would have first shot at all the talent and instantly be the biggest tree in the forest. It wasn’t some fully formed strategy. None of us were from Atlanta or had relatives there. None of us had even really spent any time in the town, but Atlanta it was.

Read: Sing to Me