There is a reason Bell’s son, heartthrob singer Justin Guarini, nearly won the debut season of American Idol in 2002. His dad, himself a singer and Smokey Robinson look-alike, hung out with entertainers such as Jermaine Jackson and James Brown. The Clayton County Board of Commissioners chair, former Atlanta police chief, and Baptist minister has led a flamboyant lifestyle that has often gotten him into hot water. But he has always managed to escape getting burned.

All Cleared Bell has dodged accusations of accepting payoffs to protect gambling at a fair, attending a party that turned out to be a drug sting, consorting inappropriately with a local strip-club mogul, accepting illegal campaign contributions, and providing free security equipment to the crew filming Burt Reynolds’s Sharky’s Machine. Elected Clayton County’s first black commission chair in 2004, he has coped with a notorious sheriff who fired more than two dozen staffers under protection of rooftop snipers, on the sheriff’s first day in office; county schools that lost accreditation, the first system in the nation to do so since 1969; and a housing market where 38.9 percent of homes were purchased with subprime mortgages, the second-highest rate in the country. Yet . . . the sheriff’s gone, the schools are accredited again, and the county just won a statewide award for stabilizing neighborhoods. Teflon.

Elephant in the Room In February Bell drew criticism for riding an elephant as guest emcee at UniverSoul Circus. At the time, he had a shoulder injury that necessitated a full-time driver. PETA was not pleased. 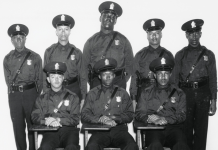 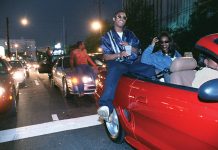 Freaknik: The rise and fall of Atlanta’s most infamous street party