Downtown Clarkston in DeKalb County extends westward from Rowland Street to Indian Creek Drive, with the old Georgia Railroad line running in between—a total of just three city blocks, give or take. And yet there may be no place in the country as kaleidoscopically, vibrantly, viscerally diverse. On a recent afternoon, the waiters at Kathmandu Kitchen & Grill and nearby Reem, an Ethiopian cafe, stood in their shop windows, awaiting the early dinner rush. On Market Street, a Kenyan woman clad in a patterned purple kanga passed a pair of Iraqi boys returning home from the local high school. At Refuge Coffee, a cafe staffed primarily by immigrants, a Burmese barista was at the register. At the MARTA bus stop on East Ponce de Leon Avenue, a bus shuddered to a halt, discharging, in order, an African American couple, an elderly Afghan man, and an East Indian woman with an infant strapped between her shoulder blades.

When the artists at Square Mile Gallery in Clarkston, together with the photography collective #WELOVEATL, set out to chronicle the lives of the city’s residents, it was this unique sense of place that they wanted to evoke: 12,000 people, including thousands of refugees and recent immigrants, sharing the same 1.4-square-mile patch of land. “There was such a spirit of community in Clarkston,” says Tom Griscom, the lead photographer for the project. “You had what amounted to a small town, but one that was throwing open its doors.” In all, Griscom and a rotating cast of photographer colleagues spent months embedded in Clarkston, producing the portraits included here. “Over time,” Griscom recalls, “the project became about trying to demonstrate that people’s hopes and dreams, no matter where they come from, or what they’ve been through”—or what language they speak, from Pashtun to Arabic to Swahili to Spanish to Nepalese—“are more similar than not. That we can get along, as neighbors and friends, no matter the angry political rhetoric.”

Clarkston, of course, has not always been a city of immigrants. Like much of DeKalb County, the place remained, well into the Reconstruction Era, nothing more than an unincorporated patch of farmland, tended to by white families—a wedge of earth nicknamed “Goatsville” for the number of Angora kept by locals. (In homage, Clarkston High School uses a goat as its mascot.) The city rose in the late 1800s in tandem with the development of the Georgia Railroad, which crawled northeast from the capitol in the direction of the South Carolina state line. It became a whistle-stop town, notable mostly, as a nineteenth-century journalist put it, for its “morality, its utter freedom from all objectionable characters, white or black. There is no calaboose”—prison—“in Clarkston; none is needed.” The trees were “magnificent,” the air “pure.”

The city expanded slowly. The first post office appeared in 1876, the one-room town hall shortly after that. For almost a century, Clarkston was largely white, largely lower middle class. It was not until the 1970s that the demographics really started to shift: Whites leaving for the suburbs, part of the nationwide phenomenon of white flight, were replaced by African American and Hispanic families. And then, in the 1980s, came the first trickle of refugees, resettled by humanitarian aid organizations that targeted Clarkston for its proximity to the city, its public transportation, and the relatively affordable apartment complexes then springing up around the downtown.

Over time, organically and gradually, a kind of immigrant cultural infrastructure emerged. There were stores where you could find the foods from your homeland, restaurants and diners where you could find people who spoke your language and shared your memories of what had been left behind. There were churches and Buddhist Temples and a large mosque. “There wasn’t much of a question that we would come to Clarkston,” says Awet Eyasu, an immigrant from Eritrea who arrived in 2002, after a brief stint in alien and expensive (to a recent immigrant) Los Angeles. “We had people in Clarkston. There was a community. And so we went.”

Uganda-born Justine Okello recalls a similar pull. “I’d just gotten into the state, in 2014, and friends were telling me, ‘Okay, you have to check out Clarkston. I think you’re really going to like it there.’” Okello, 31, spent some time volunteering at the Clarkston Community Center, and was named its director of programs and technology in July 2016. We spoke in the same room where Okello teaches a weekly computer science and repair class. I asked him about the background of the students, and he used his fingers to tick off the nationalities: Somali, Iraqi, Nepalese. “It humbles a person, living here,” Okello said, folding his long frame into his office chair. “You have to adapt and learn how to mix. You have to be willing to listen to people.”

In the past year, as the debate over the admittance of Middle Eastern refugees raged, Clarkston was held up as a national example of what successful integration can look like. According to the mayor, 33-year-old Ted Terry, 89 percent of recent refugee families in Clarkston are self-sufficient, meaning they do not require assistance from the aid organizations that resettled them here. Few of the newcomers work in Clarkston—factory jobs are common—but most choose to stay at least for several years in the city that has welcomed them. Crime and unemployment rates (the latter is less than 6 percent) are low. In an interview, Terry said he and his staff have been visited by delegations from towns in Croatia and Germany, eager to mimic Clarkston’s cohesiveness.

Meanwhile, the mayor has pursued a legislative agenda that even in Democratic DeKalb County, where 71 percent of residents voted for Hillary Clinton, looks markedly progressive: The decriminalization, in July, of possession of small amounts of marijuana. A minimum wage hike to 15 bucks an hour for all city employees. Increased paternity and maternity leave for the same. A measure that allows city employees or contractors to forgo the disclosure of prior criminal history on their job applications. The passage of a $1.5 million “green streets” initiative, complete with bike paths and new sidewalks.

“There’s a real sense of optimism in Clarkston,” says Eyasu, who in 2015 was elected to the Clarkston City Council, a six-member group that now includes two representatives from the immigrant community. “All over the world, people are interested in our city  . . . and places like Clarkston are going to be the norm from now on.”

This may be overstating it slightly. Although Donald Trump’s margin of victory over Hillary Clinton in Georgia was narrower than Mitt Romney’s over Barack Obama in 2012, metro Atlanta is very much still a blue island in a sea of red. And antagonism towards refugees, especially Muslim refugees, is unlikely to fade away anytime soon. Still, the sense that Clarkston could be a beacon for a new kind of America is everywhere in the city, and in the obvious glow of pride worn by the subjects of these photographs.

“I say this a lot, but what I most want people to understand is that we shouldn’t think of refugees as a burden. We should think of them as an investment,” says Heval Mohamed Kelli, a Syrian Kurd. In 2001 Kelli arrived with his family in Clarkston and settled into an apartment near the city center. Space was tight; well into his 20s, Kelli shared a room with his little brother. Money was always short; in high school Kelli washed dishes at a restaurant near Emory to supplement his parents’ income. But he managed to earn decent enough grades to earn entry to Georgia State University and later to medical school at Morehouse. Today he is a fellow in preventative cardiology at Emory University. His brother is finishing his own medical residency.

Every weekend, Kelli returns to Clarkston to volunteer at the free medical clinic, which was set up to cater to the poor and uninsured population. In his spare time, he tutors refugee students at the same high school he attended. “When I was young, people thought a refugee like me could never be a doctor, right?” he told me recently. “Now I want to reach out to these kids and tell them, ‘Look, you can surpass what I did. You can be anything you want to be. You can go further.’ Because that’s the American dream.”

This article originally appeared in our January 2017 issue under the headline “Ellis Island South.” 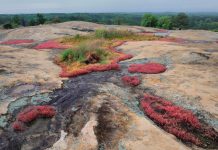 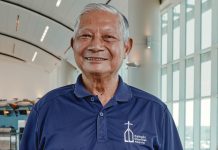