Arthur Blank has built hundreds of Home Depot stores, but the impact of a more iconic structure—the Empire State Building—inspired the Queens native like no other project across the globe. “It was ahead of its time when it was built in 1930,” says Blank, “but it quickly became the heartbeat of the city.”

Blank’s intentions for the dazzlingly complex, $1.6-billion Mercedes-Benz Stadium were to create a similar cultural hive for downtown Atlanta, the heartbeat of an entertainment and parks district that would bolster its neighboring communities. An instant landmark, the stadium’s wing-like exterior sections (an allusion to falcons in flight), 16-story “window to the city,” immense video halo board, and ocular roof of eight translucent petals have certainly made a splash.

However, Blank says the most difficult—and important—challenge of designing the stadium was not enhancing the fan experience but addressing deep-rooted struggles in the communities next door. To provide opportunities for neighbors, the Blank Family Foundation and other local partners created a job training program called Westside Works, which had produced more than 500 graduates (with more than 200 helping build the stadium), representing about $11 million in wages by the time the stadium opened. “I’m personally most excited and encouraged by the progress we’re seeing in these communities,” Blank says.

Blank was also determined to reimagine the stadium experience at every level. If a proposed element reminded him or his team of any other professional venue, “we immediately crossed it off the list,” he says. Blank hopes the finished project will serve Atlanta as a hub and architectural inspiration for generations. 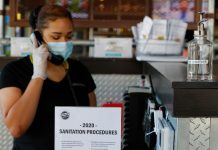