Opening chef Todd Ginsberg left to launch the General Muir, a Jewish-style deli in the new Emory Point complex, and Adam Waller has stepped in to fill the role. Waller was chef de cuisine at Sotto Sotto and, most recently, at STG Trattoria, Bocado’s now-defunct sister restaurant. Fans of the double burger, don’t fear: It’s not going anywhere. Waller has flexed his creativity in the small-plates section of the dinner menu, where he shows off an especially playful streak with grains in dishes like quinoa tossed with Sea Island peas, avocado, radish, cucumber, and lime crème fraîche, as well as inky forbidden rice with roasted butternut squash and Brazil nut pesto. Don’t miss rising-star bartender David Durnell’s racy cocktails, like the Smoked Mule: tequila and mezcal balanced by lime, fresh ginger, grapefruit bitters, and ginger beer. 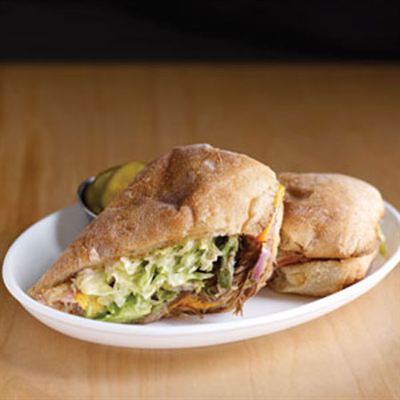