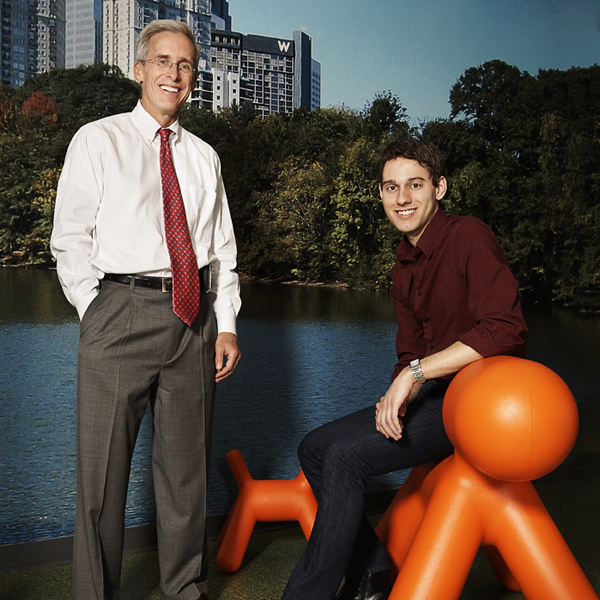 I have always believed that I died when I was seven years old.

Riding my bike around our Sandy Springs neighborhood one May afternoon, I made a sharp right turn without looking and rode straight into the back of a parked pickup truck. At first, everyone thought I was fine, including a doctor who lived down the street. There were no visible injuries, I spoke coherently, and I felt no pain. I was just stunned. However, a neighbor had called 911, so an ambulance whisked me and my unperturbed father off to Scottish Rite—the oldest hospital among the pediatric triumvirate that now constitutes Children’s Healthcare of Atlanta.

As soon as we hit Friday afternoon traffic on the Perimeter, my condition deteriorated rapidly. Blood gushed from my mouth. The medics rushed to keep me immobilized; my father grew alarmed. Then I stopped breathing, and everything went black. For the next few hours—or was it minutes?—I felt myself drifting in an empty void. By the time we got to the ER, I was on a ventilator, and the prognosis was not good. My father collapsed when a chaplain approached him in the waiting room, just as my mother arrived on the scene.

CT scans indicated that the impact had broken the frontal bones of my skull along with most of the left side of my face and that the shards had lacerated my dura, the protective fibrous membrane around my cerebrum. If bone fragments had pushed into the dura, they had probably breached the brain as well—most likely causing permanent damage. That night, I lay hooked up to a respirator and unconscious. Prayer groups of family and friends settled in.

A team of pediatric neurosurgeons operated the following Monday, after the swelling had subsided slightly, and prepped me for a craniotomy. The process entails cutting open the scalp from one ear to the other, then pulling the skin down to reveal the skull and the complex neurological mess inside the human head. After removing my face, the surgical team, led by Dr. William Boydston, extracted the shards, meticulously cleaned the dura, and, after close inspection and gentle dissection, concluded that it had not—contrary to what the CT scans had suggested—been breached. A plastic surgeon then reassembled my broken bones with various microplates, put my face back on, and stapled my scalp back together, leaving me alive, free of brain damage, and looking a little like Hellraiser’s Pinhead.

Earlier this year, I chatted with Boydston, now practice director of neurosurgery at Children’s Healthcare of Atlanta, about the procedure. He barely remembered the accident, which occurred sixteen years ago. I learned that in spite of all the family drama tied to such a harrowing experience, to a team of trauma specialists it was just another day at the office. Kids suffering serious head injuries are, statistically, a daily occurrence at Children’s Healthcare of Atlanta. In fact, my near-death experience was comparatively easy to treat, due to my intact dura and the treatment that the national-award-winning facility could provide.

People under the age of thirteen may be smaller than grown-ups, but physicians can’t treat them like miniature adults. For example, when an adult loses blood, it can be bad; but when a child loses the same quantity, it can be fatal. Pediatric surgeons such as Boydston use a special tool called a Shaw hemostatic scalpel, which has an electrically heated blade that cauterizes as it cuts to curtail blood loss. Having a staff familiar with children’s unique needs is also critical. “Having nurses who care just for children, having anesthesiologists who care just for children, that to me is the most important thing,” Boydston says.

Looking back, my survival seems somewhat less miraculous now. The real miracle is that Atlanta has such a resource as Children’s.