Home Healthy Living But it looks like a carrot! 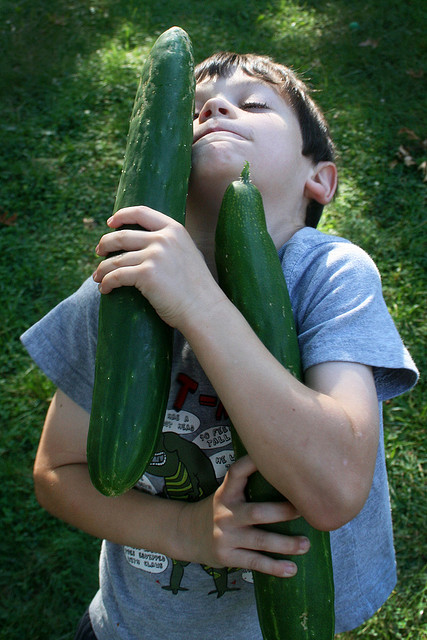 I don’t have kids, but I was a kid once. A kid who didn’t want to eat vegetables, like most kids. My mother would try to trick me into eating them with various culinary Trojan horse techniques: chef salads that were noticeably light on the “chef” part, for instance, and grilled mushrooms hidden beneath the steak. It wasn’t until I hiked the Appalachian Trail, when I was 21, and faced possible scurvy, that the importance of regularly eating vegetables occurred to me. Since then, I’ve gradually come to enjoy them. The veggieloaf at Leon’s is actually one of my favorite dishes in all of Atlanta. Maybe my taste buds simply changed over time, as studies have shown may happen. (I do still have a sweet tooth, which has led a friend of mine to say I still have a “childish palate.” Whatever.)

It’s obviously not healthy to wait until you’re an adult, with mature taste buds, to start eating vegetables. So how do we coax children to eat carrots, broccoli, lettuce and the like? Do we tell them that if they refuse to eat broccoli, they’ll end up in the hospital like former president George W. Bush did this morning? (His heart procedure went well, kids.) Or do we bake brownies with invisible spinach, as Jessica Seinfeld advises we do in her kid-oriented cookbook “Deceptively Delicious,” which describes how to make foods that are “stealthily packed with unseen veggies, puréed so kids will never suspect”?

A new study from researchers at Stanford, described in a July article in the journal Psychological Science, says that the answer is actually a gentler version of the above Dubya scare scenario: education. The study, titled “Teaching Young Children a Theory of Nutrition: Conceptual Change and the Potential for Increased Vegetable Consumption,” suggests that preschool-age kids are capable of understanding “a more conceptual approach to nutrition.” Here’s how the study worked, according to a press release:

*The researchers assigned some preschool classrooms to read nutrition books during snack time for about 3 months, while other classrooms were assigned to conduct snack time as usual. Later, the preschoolers were asked questions about nutrition.

The children who had been read the nutrition books were more likely to understand that food had nutrients, and that different kinds of nutrients were important for various bodily functions (even functions that weren’t mentioned in the books). They were also more knowledgeable about digestive processes, understanding, for example, that the stomach breaks down food and blood carries nutrients.

These children also more than doubled their voluntary intake of vegetables during snack time after the three-month intervention, whereas the amount that the control group ate stayed about the same.*

So there you have it: combine snack time with reading time, and your child may well grow up to be a president who likes to eat broccoli.