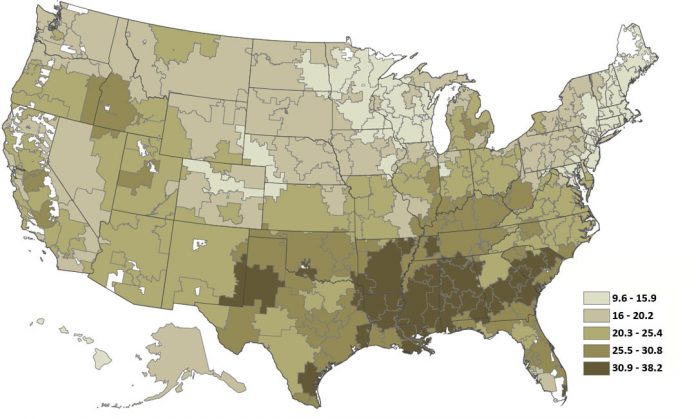 A Brown University study of more than 6 million seniors in the U.S. found that 21 percent are prescribed at least one “high risk” medication. These prescriptions are a lot more common in the South, among women, and in poorer areas. Albany, Ga., in fact, has the highest rate with 38.2 percent of seniors receiving one high-risk prescription.

Why risky drugs are so common for Southern seniors could be due to a combination of factors, say the researchers. It could be because patients are asking for them, that there are medical problems specific to the region, or that doctors aren’t as familiar with safer alternatives.

Risky medications are drugs not recommended for those 65 or older because of the possibility of severe side effects or dangerous complications.