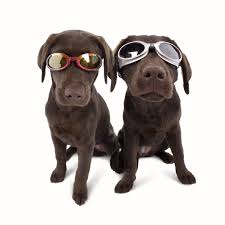 FORTY-DOLLAR FLOAT
Every Tuesday, from now until the New Year, Atlanta’s only commercial sensory deprivation tanks are available for half price. We’ve tried them, and the ninety-minute experience left us feeling as relaxed as we’ve ever felt. Not a bad way to be this time of year, with all those, ahem, special family members around. If floating weightless in a pitch-black, sound-proof chamber isn’t your thing, you can also get a 60-minute Swedish massage at FLO2S for $40. We recommend that, too. Plan on scheduling in advance: appointments are subject to availability. Check it out.

FLYWHEEL DEAL
Buckhead’s fanciest spinning gym isn’t the cheapest in town. But, as one of our spin-savvy reviewers noted, it’s a guaranteed butt-kicking workout with plenty of Spandex-clad competition. This holiday season, if you buy a $100 gift card you’ll get $15 in “Fly Cash.” That’s enough to pay for half of a spin session on West Paces. But, though it’s pricey, we think this place has some of the best bikes and instructors in town. See for yourself.

CHEW YOUR DRINK
Chuice may be a disconcerting name for a beverage, but the stuff is good. And very healthy according to Sujit Sharma, a pediatric emergency room doctor at Scottish Rite who is helping market the stuff. The Atlanta-based company has been around for three years, but they’ve gotten more serious in the last eighteen months, upping production of the concoction—which has vegetables, fruits, nut chunks, and herbs—and expanding to the nearby Chattanooga market. “It’s going to be the biggest nutrition story of 2014,” say Sharma of the product, which has already been featured in Prevention magazine. Whether or not that pans out, get a 64 oz. jug of The Forest (green, $27) for the health nut in your family. Available at health food stores like Rainbow Natural Foods, in Brookhaven, or chuice.com

PUPPY STYLE
I used to bemoan people who bought clothes and accessories for their pets. I still do, often. Unless that accessory is a pair of Doggles. As it turns out, it’s not good for a dog to stick its head—and thus eyes—out the window of a car speeding down the highway. Dryness leads to blindness. Pups also just look cool wearing protective shades. My dog, the ever-challenging Miles Davis, took a little while to get used to them. But now he wears his stunners in the car as often as I wear my seat belt. Which is to say: always. Get them here.

In two weeks, I’ll return with four more last-minute gift ideas that will make you healthier. Or at least not unhealthy.