Home Medical Medicaid opt-out: What it means for the peach state 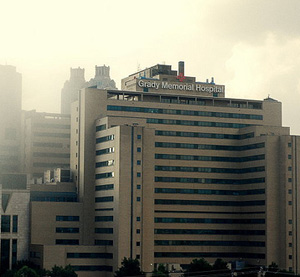 Last summer the U.S. Supreme Court decided states had the right to decline the provision for Medicaid expansion within the Affordable Care Act. The provision required states participating in Medicaid to cover nearly all adults under the age of 65 if their household income was at or below 133 percent of the federal poverty level. Shortly after the ruling, on August 28, Governor Nathan Deal announced that he did not intend to expand Medicaid in Georgia. “Even though the federal government promises to pay 100 percent for the first three years and 90 percent thereafter,” he said in an interview with the AJC, “I think it is probably unrealistic to expect that promise to be fulfilled in the long term.” But according to a study published earlier this week by economists at the RAND Corporation, Georgia and other states opting out of expansion will face costly consequences.

The study estimates that these states will miss out on a collective $8.4 billion in federal payments and spend roughly $1 billion “in the short term” on uncompensated care. Grady Memorial Hospital will swallow some of these costs as Metro Atlanta’s largest safety net health provider; the hospital estimates that 30 percent of its patients are uninsured. In his president’s memo from the 2012 Annual Report, Grady CEO John Haupert says, “Current provisions of the Affordable Care Act will cost Grady some $45 million in Medicaid funding.” (In-house efforts to cover more of Grady’s uninsured patients have played a significant role in digging the hospital out of a $29 million operating deficit in 2011 to yield a $27 million surplus in 2012. )