Taste of Atlanta
When: October 20 to 22
Where: Historic Fourth Ward Park
Cost: $25 to $95
Details: Now moving to Old Fourth Ward, the annual Taste of Atlanta food festival will pack the experience of more than 100 restaurants into a three-day weekend. In addition to filling up on samples from restaurants such as Bartaco, Honeysuckle Gelato, and Richards Southern Fried, you can learn tips from professionals during live-on-stage demos and kitchen workshops. Don’t forget the beer, wine, and cocktail samples.

Atlanta Jewish Film Festival: AJFF On Campus
When: October 19 to 21
Where: Goodrich C. White Hall, Emory University
Cost: $10
Details: If you missed the Atlanta Jewish Film Festival, you still have the chance to catch some films from the lineup on Emory’s campus this week. The inaugural AJFF On Campus condenses the three-week festival into three days. The selection will feature six American and international films.

AIDS Walk Atlanta & 5k Run
When: October 22, 1 p.m.
Where: Piedmont Park
Cost: Free
Details: Engage in some advocacy while you burn off all the calories from the weekend. You can join an existing team, form your own team, or donate individually. Either way, you’ll support HIV/AIDS services in the metro area and enjoy a fall afternoon in Midtown—food, drink, and music included. 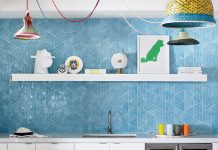