I like to go to Lullwater Preserve, the [Atlanta] Botanical Garden, the [Georgia] Aquarium, Fernbank Museum [of Natural History]. I saw lots of dinosaurs in the Fernbank Museum. And lots of dinosaur bones and stuff. On the entrance, they have a hawk, a stuffed hawk. I thought it was pretty cool. Atlanta’s a fun place to be. There’s lots of cool things around here. I know lots of people are nice.

I have a neighbor around me who is also my friend that we play outside with. We play tag and stuff, and we ride our bikes. I have a two-wheel bike now, and I can ride it without training wheels. I did it yesterday. It was kind of scary and kind of fun. When I get big, the trees will be a little bit taller, and there might be more flowers blooming. And when I get to be big, I’m going to be a veterinarian in the Bronx Zoo. Because I want to be able to take care of zoo animals, and I like New York. I was born in New York City, but now, I live in Atlanta.

I just think the people are really nice. I could talk to someone almost anywhere in the city, and we could have a five-minute conversation about whatever. I love that. Whenever I’m at a restaurant or somebody else is waiting in line behind me, I will talk to them. I love to go to Little Five Points and go to all the vintage shops around there, like Psycho Sisters, Clothing Warehouse, Rag-O-Rama. I love to shop. I buy a lot of old jeans with patches and leather jackets. They have tons of leather jackets; it’s awesome. [My favorite Atlanta memory is] running in the sprinklers at the Atlanta Botanical Garden. My mom would always take me to do that when I was little. Also going to the Fox Theatre for a show. And whenever we’re in downtown Atlanta doing anything, we always have to go get a Frosted Orange. I think I’d want to travel around and experience different places, but I think I would eventually come back to Atlanta.

Being the birthplace of the civil rights movement with Dr. King, John Lewis, and all these other monumental figures in African American history, in American history—I think that just speaks volumes about the type of people who are in Atlanta, who want change, who want things to be better, and who accomplish it in a way that will convince the rest of the world to be on our side. It really goes to show how one city can change the world so much for the better. Doing reporting throughout the city [as a contributor for VOX ATL, a publication by and for Atlanta teens], I get to see how much influence the civil rights movement and the rich African American culture has had on the city of Atlanta. As an African American, that’s something to be truly proud of. This is a city that was a catalyst for change. I think [the Ahmaud Arbery killing] woke a lot of people up in Atlanta. I have so many friends who are like, That kind of stuff still happens? Yes, it still happens. Atlanta has to set the example for the state of Georgia and for the South for how a community should be in the 21st century. It is a city of progress, a city of opportunity for rich, poor, white, Black—it is the best of what the South can be. I think that will bring us in the right direction for years to come.

One of my favorite memories of Atlanta is around food. I’m a big foodie, so a lot of my memories center around food. I remember going with friends to Fox Brothers [Bar-B-Q on DeKalb Avenue] and just having an amazing time. Immediately [after], we went to Butter & Cream on the BeltLine, which is an amazing ice cream spot. Love Butter & Cream. We basically went food-hopping across the classic spots. Then, we went to the Waffle House in Tech Square to finish off our night. It was just a really good bonding moment for us. What better way to showcase the beauty of the city than showcasing some of the awesome food we have?

I think income inequality has always been a pretty big issue for Atlanta. With Covid now, it’s kind of been exacerbated. You notice that especially when walking or driving through different parts of Atlanta. In one moment, you might be traveling through a nice neighborhood, with a lot of new developments and things like that, and the next minute, you’re traveling through a more underdeveloped, more impoverished region of the city. It’s a problem that the city hasn’t really managed to solve right yet. I have faith that, when a lot of companies come to Atlanta, hopefully, there will be better opportunities for advancement and for better income equality in the future.

There’s so much opportunity here. It feels like a different world almost because it’s very large, especially if you’re from a small town. [In 2017,] I came from [Cleveland, Tennessee], a town that wasn’t very culturally diverse. I really do love the cultural diversity here. It’s definitely a melting pot. If you like different types of food, you can find anything you want. Or different types of events, music venues, you name it. People just seem to come here from all over. That leads to more opportunities. Right now, they’re looking for more nurses, especially with Covid and everything that’s going on. It’s definitely a great time to get into the medical field.

Our recent election—that’s something I’ll never forget. The whole country was looking at us. It just really demonstrated the importance of everyone getting out and voting. One person’s vote technically made a huge difference. That was something I never saw before, how it affected the whole state. I would see everyone on my Facebook page with an “I voted” Georgia sticker. No one was talking about how they voted, just about “I voted” and how important that was. It made me feel more a part of Georgia. I realized how important even my voice was and everyone’s voice was. 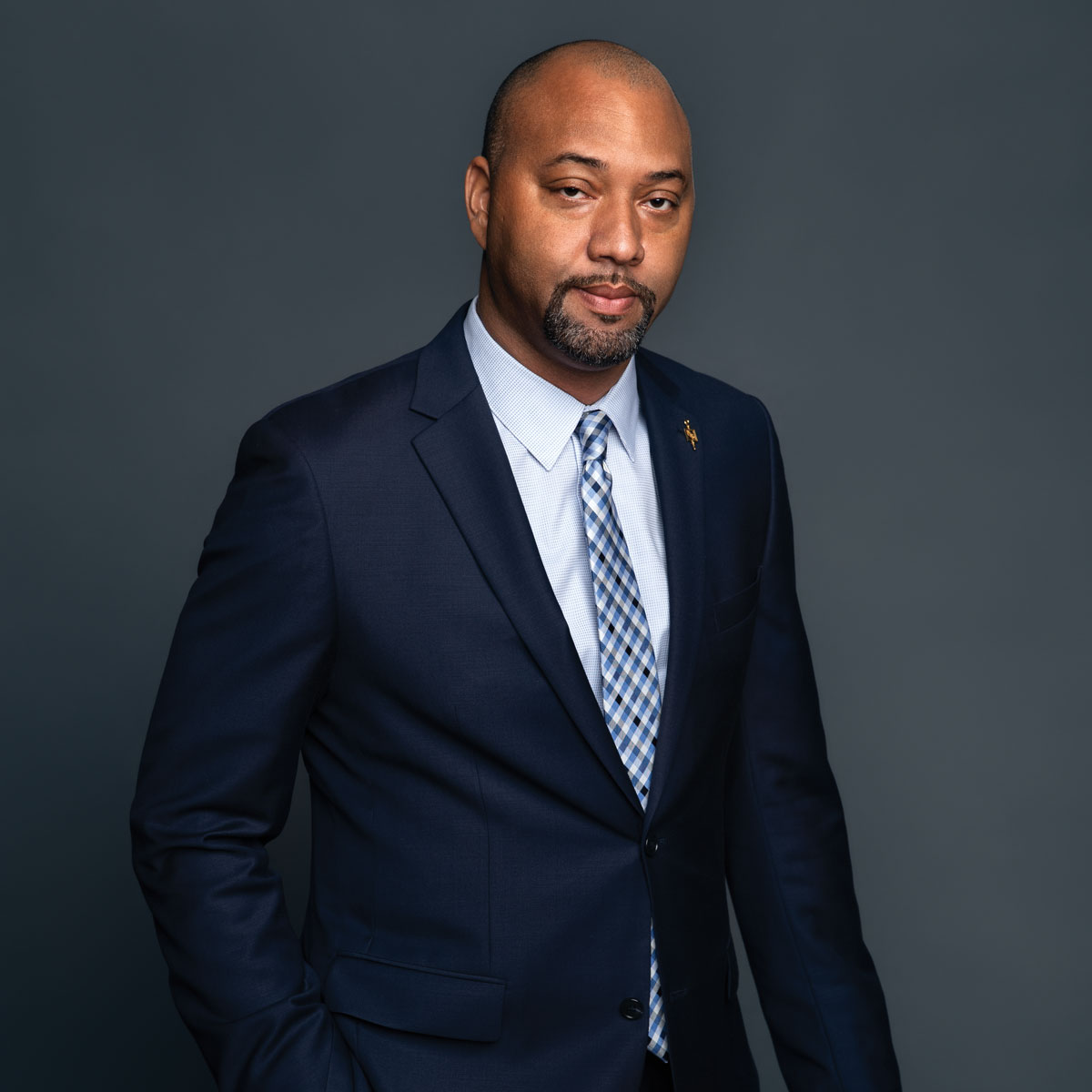 It is a great city, with so many great things and so many great opportunities, but it is kind of depressing when you drive through the city and see people living under bridges or tents. That would be the number one thing I’d like to see corrected. My heart goes out [to them]. When I was in Georgia Tech in ’96 [and playing football], we were kind of insulated on campus. When I went to Georgia State [to finish my bachelor’s degree from 2016 to 2019], that’s when it really hit me, with the Georgia State campus being right downtown, just walking through the parks down there seeing how many people were out there just lying on the ground, sleeping during the day.

My wife and some of her friends put bags together with blankets and sleeping bags and toiletries. Sometimes, when I went to campus, she would give me some and I would give them out downtown. We would try to do our part. You have to try to be the change you want to see.

One of the best moments was when I gave a bag out one day before I went to class. When I left class that night, I saw the person sleeping in the sleeping bag I gave them. That was a cool experience to see something actually being used. Even if they were still outside, to at least give them some kind of hope that people care about them. We’ve got so many great things going on in the city. I would say that [homelessness] is one of the real black marks that we have. It’s going to take a lot of work, but that’s something that really needs to be done. They still are citizens of Atlanta. The city should do everything they can to take care of them.

Who we are, at the end of the day, will prevail over anything else. I think we have deep-rooted convictions of who we are as Atlantans, how we treat people.