Home News & Opinion Development A fiber Internet frenzy is coming to Atlanta, but it will be...

When Howard Fore, a web and mobile app developer in East Atlanta, heard talk of ultrafast fiber-optic Internet service coming to Doraville a few years ago, he half-jokingly considered moving there. The ability to tap into bandwidth that could handle multiple streaming videos and a houseful of fired-up devices would be an occupational godsend, he thought.

Now, with telecom titans Comcast and AT&T racing alongside Google to earn the business of Atlantans like Fore, he might not have to move anywhere to enjoy blazingly fast Internet speeds. Of those three providers, Fore is leaning toward signing up for Google Fiber, which means he’s also playing a waiting game.

If you live in Atlanta proper, or one of eight nearby municipalities slated for Google Fiber, get used to seeing fluorescently dressed construction workers and orange spools of conduit that look like upturned merry-go-rounds. They’re likely coming to a street near you, if they haven’t already. And they could be around for a while.

The good news: The 3,000-plus miles of fiber-optic cable the Silicon Valley giant is installing—enough to stretch from the Varsity to Iceland—could revolutionize how metro Atlanta households use the Internet. The bad news: Google can’t confirm exactly how much it will cost consumers or when it will be available. What is clear is that the conversion to fiber-optic Internet service will equip the region to handle the “Internet of Things,” the smart network of data-gathering sensors and cloud-based apps communicating with everyday devices from streetlights to stereos.

Fiber earned local buzzword status when news broke last January that the new Google service was coming to Atlanta—as well as Avondale Estates, Brookhaven, College Park, Decatur, East Point, Hapeville, Sandy Springs, and Smyrna. The move is a challenge to established Internet, phone, and television providers such as Comcast, whose 8,000 miles of fiber in Georgia blanket the Atlanta region and currently serve more customers (Comcast won’t say how many) than anyone else. Until recently, the gigabit service that fiber provides—at speeds billed as up to 100 times faster than basic broadband—had been the exclusive provenance of startup hubs like Atlanta Tech Village and Alpharetta’s progressive, mixed-use sensation Avalon.

The benefits of fiber are best enjoyed by households full of bandwidth-hogging devices—teenagers constantly on cell phones and parents whose jobs entail downloading large files at home, for instance—and anyone who frequently downloads (or uploads) songs, HD movies, games, or television shows. Fiber promises to reduce the time spent pulling those items from the Internet from hours, in some cases, to mere seconds, while eliminating buffering and delivering crystal-clear sound and images.

Google Fiber launched in 2012, and installation is now nearing completion in three cities—Austin, Kansas City, and Provo, Utah—where gigabit Internet service costs $70 monthly, or $130 for an Internet/TV package. Fabiola Charles Stokes, Google’s community impact manager, says Atlanta rates are still being calculated but will be comparable to those in other Fiber markets. Google insists that providing even a vague rollout timeline for Atlanta is difficult because each area presents a different set of infrastructure and permitting challenges.

Google is building its network from scratch in Atlanta and four other second-wave destinations: Nashville, Charlotte, Raleigh-Durham, and Salt Lake City. Locally, each city has been encircled with a “fiber ring” of cable, explains Stokes. Lines will then connect to 23 “fiber huts” about the size of backyard sheds; from each of these, enough cable to service 20,000 houses will carry Internet to customers. The company expects to use an estimated 100,000 utility poles.

Design for the entire network is complete, and construction is moving in a path of least logistical resistance, says Stokes. She adds that construction concerns—not customer demand—will dictate which areas receive service first.

Former Atlantan Shawn Gorrell, a principal technology architect who lives in Kansas City (Google Fiber’s debut market), has been eagerly tracking progress since the service was announced, in hopes of soon streaming ultra-high-def 4K television. “It’s taken about four to six months after the first digging in the neighborhood before installs start,” says Gorrell.

While residents in both Kansas City and Austin have complained of Google contractors damaging yards and sidewalks during installation, early reviews of the product itself have been glowing. “The performance is startling,” announced a Fox News reporter in Utah. “I streamed 10 full-HD videos in separate browsing tabs from YouTube—with nary a loading bar in sight.” Digital Trends later called Austin’s service “shockingly fast.”

In the eyes of its competitors, however, Google’s labor-intensive Atlanta launch has relegated the company to playing catch-up.

Comcast announced in April that Atlanta would be the country’s first market for Gigabit Pro, a service that can reach speeds of two gigabits per second, or twice as fast as Google and AT&T’s fiber offerings. That service is now available to 1.5 million customers near Comcast’s local network, but the ability to download an HD movie in just 20 seconds comes at a steeper price: $159 a month. Comcast also is developing a one-gigabit option, which osten­sibly would be cheaper, and is hiring 5,500 employees at call centers across the country to address customer service issues.

Meanwhile, AT&T began rolling out its own one-gig service, GigaPower, across the metro area in April. Its $70 monthly pricing appears comparable to Google, and customers can choose an Internet/TV package as low as $120 a month. (AT&T and Comcast charge higher prices for unlimited data, but Google has no such data cap.)

Civic leaders have said world-class Internet speeds are essential for fostering Atlanta’s growing tech and startup industry, and for attracting well-paying employers. When Google announced its intentions, Mayor Kasim Reed called it “one of the most important moments in the life” of the region.
“More and more of life is online,” says web developer Fore, “[and] faster speeds can only help in that regard.”

Fiber service providers see Atlanta as a magnet for corporate relocations, with an increasingly tech-savvy workforce. To that end, Google has established its Fiber Academy—a national training center for Fiber installers, with mock houses, workshops, and classrooms—in a large College Park facility near the airport. The company expects to train thousands of contractors there yearly to facilitate Fiber’s nationwide expansion.

“Ten years ago, when dial-up was still around, I don’t think we had much of an idea of what we’d be able to do with what we have now,” says Stokes. “As people leverage what fiber can provide, we’ll continue to see things that we can’t even imagine today.”

This article originally appeared in our January 2016 issue under the headline “Fiber Frenzy.” 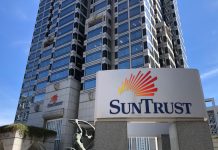 Atlanta’s arts community relies on support from SunTrust and Turner. So what do the latest corporate shakeups mean? 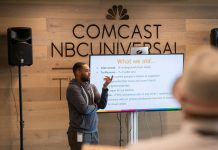 At the Farm, Comcast’s startup accelerator at the Battery, entrepreneurs are working to break into the Atlanta’s tech scene 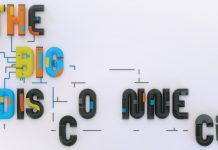