Many Atlantans were surprised when, out of the blue on Saturday afternoon, the City of Atlanta tweeted that the citywide curfew, which had been in effect for a week and was originally planned to continue for two more nights, would suddenly be lifted. As in many cities across the United States, the curfew had been implemented in direct response to protests against police brutality and racism after the death of George Floyd in Minnesota. The curfew was a tool to give police and National Guard members more latitude in dispersing crowds, and was implemented in Atlanta after protests on May 30 turned destructive, but it was sometimes enforced capriciously and inconsistently.

Perhaps more than anything, the curfews created intense confusion.

Residents took to social media to try to figure out what they could and could not do. An Alpharetta resident flying in from India on Saturday tweeted to ask if Uber or Lyft would be allowed drive from the airport through the city. And at least one restaurant felt the need to tell people they could, in fact, drive in town during the curfew.

From May 30 through June 4, the curfew—which only applied within Atlanta city limits—began at 9 p.m., just as the sun set, and lasted until sunrise. Along with emergency alerts sent to cell phones and billboards, social media seems to have been the primary way the city let residents know about the curfew. Just minutes after 6 p.m. on May 30, three hours ahead of implementation, the first curfew was announced on the city’s Twitter account and Facebook page. The announcements were brief, and residents who saw them were unsure about the details.

“Plane arrived at 8:46pm, how am I supposed to get home?” one person tweeted.

“I don’t see a link to the order on the city of atl website. Please provide a link,” said another tweet.

“Is this only for protesters or everyone in general bc I got places to be at!?” tweeted another.

Then, at 9:03 p.m. the city posted on Facebook that MARTA trains would stop running at 9:30 p.m. Renee Gillis, who works at a Wendy’s in Norcross, says many of her co-workers were stranded. That Saturday evening, MARTA warned passengers to take the last train by 8:30 p.m. Gill’s shift had ended, but others were less fortunate.

“They don’t really have the money to take Uber and Lyft,” she says.

Over the course of the next few days, equally terse posts announced that the curfew had been extended and asked Atlantans to please stay home. In Facebook comments, people wondered how they would get to and from work.

With the earlier curfew, many restaurants, some of which had already been closing early to allow employees to return home before the curfew’s start—were unclear whether they could remain open. Just after midday on Friday, the city answered some pressing questions. Cars could drive through the city, and businesses did not have to close at 8 p.m. But patrons of those businesses “must refrain from remaining on the streets and sidewalks in the city,” meaning that restaurant customers would seemingly to be in violation when walking down the sidewalk to enter a restaurant.

Friday was also the last day of early voting before Tuesday’s election, and voter groups and at least one state representative expressed concern that voters still waiting in long lines could be turned away at 8 p.m. Mayor Keisha Lance Bottoms tweeted that the curfew would not be enforced against voters waiting in line.

From the start, there was concern that workers going to and from their jobs in the evenings would get into trouble. On Friday, Lalita Swopes ended her shift at Visible, a shipping company in Union City, at 8 p.m. When she got off the bus at the Five Points MARTA station downtown, she hurried around the station in search of an open entrance. The wide doors on Peachtree and Forsyth streets were closed. But other than some extra walking, she says the curfew hadn’t impacted her commute from Union City to the Hamilton E. Holmes MARTA station, involves buses and the train from Five Points.

On the other hand, Dantae, 19, who did not want to provide his last name, said he had been stopped by police earlier in the week. He says he had left his job at the Publix grocery store on Glenwood Avenue in Atlanta after closing the store between 9 p.m. and 10 p.m. He produced his Publix-issued ID badge to show he was an essential worker and said the police immediately let him go. On Friday night, as he walked downtown near the King Natatorium, he said he wasn’t too worried about the curfew.

Other residents were also walking here and there on the streets downtown on Friday night. Two artists painting the words “Black Lives Matter” and an upraised fist on the outside of the Metropolitan condominium on Marietta Street were ignored as a bevy of police cars drove past.

As for protesters, of the 532 arrests since May 30, the majority have been for curfew violation. But even people who willingly dispersed at curfew time have been arrested, says Atlanta attorney Kalpin Shah, who is among a group of 200 or so attorneys volunteering to represent arrested protestors. The group, ATLJusticeLawyers, is working with the Georgia Association of Criminal Defense Lawyers and the Southern Center for Human Rights to coordinate counsel.

Many demonstrators said they were just trying to leave, Shah says. “Right about 9 p.m., when they’re walking to their cars, they’re getting arrested.”

Demonstrators charged with a curfew violation, which is a municipal law violation, generally have been held overnight in the Atlanta city jail. “They seem to be going home the next morning,” says Atlanta attorney Gary Spencer, who has been helping organize legal representation.

Detained protesters have not had to post bond, often being released on a signature bond, both attorneys say.

Shah says he didn’t expect people arrested on curfew violation to face major consequences. although under the law, they could be sentenced to pay a fine or do community service.

On Monday, June 1, police and National Guard responded to an afternoon protest near the State Capitol by ordering protestors to disperse, according to several protesters including Clara T. Green, an Atlanta Public Schools social and emotional learning coach. But they hemmed in the crowd and did not provide any way for them to exit, Green says.

“They literally would not let us go. They trapped us on both sides,” she says.

“They would just go up to people, throw them on the ground and arrest them. It was very violent,” she says. The AJC reported officers surrounding protesters the next day at the Capitol.

Yet by Friday night, police abandoned the 8 p.m. curfew enforcement to let protesters march from Midtown along the Beltline until nearly 10 p.m.

The number of arrests peaked earlier in the week. By Thursday night, only six people were arrested. No one was arrested from Friday through Sunday.

Spencer says police seemed to have changed their approach later in the week. Still, “Some people have wondered why folks aren’t just getting shooed away [instead of arrested].” 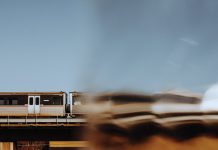