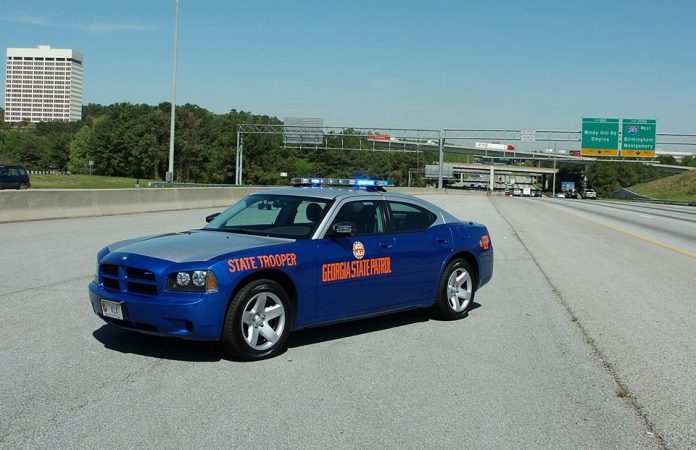 Across the country, police officers have long relied on a controversial tactic known as the PIT maneuver, in which a cruiser nudges a fleeing vehicle during a car chase to make it spin out. Most police departments have strict rules about when the PIT maneuver can be used—but not the Georgia State Patrol. Raviv looks at the lax policies that have led to at least 28 deaths and 296 injuries since 1998:

On the morning of August 17, 2004, 21-year-old Katie Sharp was driving her parents’ Nissan Pathfinder from Pennsylvania to her home in Holly Hill, Florida. In the car with Sharp was her boyfriend, 17-year-old Garrett Gabe. They were heading southbound on I-95 in South Carolina when she was caught speeding by Colleton County sheriff’s deputies. Sharp was doing 86 in a 70-mph zone. Perhaps because she had initially taken the car without her parents’ permission, or perhaps because she had run out of gas earlier that morning and had been chewed out by a police officer who saw her on the side of the road, or perhaps because her license had recently been suspended due to traffic violations, Sharp failed to stop when the sirens came on. Instead, she sped forward toward home, where her parents and young child were waiting for her.

Nobody will ever know exactly what was going through her head when she decided to try to outrun the cops—a terrible idea in almost any circumstances—because after leading officers on a high-speed chase for 50 miles in South Carolina, Sharp’s car entered Georgia. “They won’t get past my two, trust me,” a Georgia State Patrol dispatcher told a South Carolina dispatcher as the chase crossed state lines. They didn’t. Georgia took over the chase, and the 75-mile pursuit ended just 53 seconds after Trooper William Scott Fisher joined it.

Fisher saw Sharp driving erratically and dangerously at very high speeds. Hoping to save innocent bystanders, he later said, he pitted her SUV, which was traveling at 107 mph. The vehicle spun off the highway, clockwise, hurtling 400 feet over an embankment and into a tree. Both Katie Sharp and Garrett Gabe were killed. “The trooper executed his training. He acted properly,” said a Georgia State Patrol spokesperson. “It was a long, dangerous chase, and we felt we needed to stop it before some innocent bystander got killed.” Of course, an innocent bystander named Garrett Gabe did get killed. He just happened to be inside the car.

Atlanta rapper Young Thug is an enigma. He’s one of the world most popular artists, showcasing an authenticity that endears him to fans, yet he remains reclusive when journalists ask him basic questions. In an attempt to figure out what makes Thug tick, Friedman spends a couple days with a man who, clearly, doesn’t give a fuck—except when it comes to high-stakes dice games:

When it comes time to actually sit down and interview Young Thug, it’s extremely unnerving. Even for people who are friends with him, Thug can be difficult to talk to. Over the course of observing him for 20-something hours over several days, I did not witness a single act of what might be described as “conversation.” He’d be sitting next to his little sister Dora at a console in the recording studio or playing a high-stakes dice game with various professional gamblers and the rapper Offset, from the group Migos, and he’d be doing what preschool teachers would refer to as “parallel play.”

Young Thug is a figure of unique fascination, the rapper who seems to embody the most mysterious and alluring aspects of the Atlanta music scene, which is itself the object of unique fascination. And, being a highly sought-after rapper whose music has been played on YouTube alone 250 million times, he often finds himself in crowds. But Thug is alone even in a room full of people. He is unapproachable. He radiates volatility. I can’t even imagine him making actual, on-purpose eye contact with another human. Looking into a person’s eyes—seeking some kind of a connection—is an admission of neediness, and Young Thug would rather be shot dead in the street than need a thing from another human being.

Read: Young Thug Is an ATLien

We live in a time where the stages—music, television, film, sports, courts, schools, streets and more—all function like the Coliseum. There, blackness becomes the spectacle. It is gazed upon and feared. Criticized and dissected. Vilified and mocked. Celebrated only to be later shot down, choked out or left lying in the street as evidence of its inferiority, criminality and brutality.

Black Americans exist like those gladiators, pitted against insurmountable odds and one another. Holding out for the hope that someone will think enough of their song or dance to give them some money, some visibility, some hope.

Lamar’s performance laid bare these ugly truths. His performance was unapologetic, fearless and defiant. It was not the show we have come to expect. It was a gladiator’s sword tossed into the stands. Are you not entertained?

Read: Are You Not Entertained? Kendrick Lamar & Black Resistance

Hudl, the digital software that’s replacing white boards in the locker room, has revolutionized how some sports teams study past performances and future competition. Shaer spends time with the Jonesboro High School basketball team to understand the technology’s impact on the court:

An hour before dawn on a recent winter morning, the members of the Jonesboro High School basketball squad file into a darkened classroom to watch tape from the previous night’s win over Eagle’s Landing. On paper, at least, the showing was impressive—the kind of come-from-behind, 14-point victory that catapulted Jonesboro, a public school in the outskirts of Atlanta, to back-to-back Georgia state titles in 2014 and 2015.

But the Jonesboro Cardinals’ coach, Dan Maehlman, is having trouble finding much to praise. “Do you know what it means when I say deny? Am I speaking a foreign language?” he asks, gripping his head as if it’s about to crater open. He gestures at the projector screen, where two defenders are failing to intercept a lob pass. Maehlman rewinds and replays the offending sequence. “Let me try this again for you guys: Deny means that your goddamn player does not catch the goddamn basketball.” The players are largely silent. Most have already spent hours watching the tape on their own, on their smartphones, tablets, and home computers, using software called Hudl.

In recent weeks, the Braves and the Atlanta Fulton-County Recreation Authority have grabbed local headlines for their public feud over who will get the Hank Aaron statue that stands outside Turner Field once the ball club moves to Cobb County at the year’s end. On the other hand, neither party wants the older statue of baseball great (and borderline sociopath) Ty Cobb. Torpy looks into the matter:

Hammering Hank, forever frozen in his historic home run back swing, was recently the source of an emotional tug of war between the departing Braves and the soon-to-be baseball-free city. In the end, the Braves backed away, perhaps not wanting to appear greedy in demanding the statue of a beloved civic figure after already receiving a taxpayer-paid suburban ballpark.

But there has been no civic feud over the statue of the Georgia Peach, who forever will remain captured in a hard slide into a base. In fact, when the Braves last year listed the statues they wanted to take with them to Cobb County, Cobb (no relation) was the only item left off the inventory. Keisha Lance Bottoms, executive director of the Recreation Authority, which oversees the park and the accompanying effigies, remembers the team’s response.

They said, ‘That one doesn’t belong to us, y’all can keep it,’” Bottoms said. 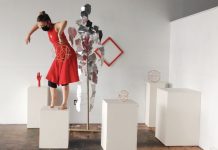