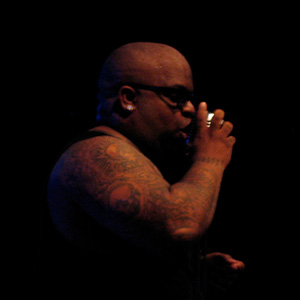 Like the greatest stories ever told, mine starts off in one of those strange yet somehow familiar places where horrible and amazing things can and do happen, all the time. I’m talking about somewhere that exists in our hearts and minds and on every map that’s cool enough to make mention of a land known far and wide to heroes and villains alike by one name with three words: the Dirty South.

The Dirty South is as much a state of mind as a place, located in the hearts and minds and streets of Atlanta, Georgia, my hometown. In the Dirty South you get humanity served up in every shade and variety, with every sort of behavior—and I mean the good, the bad, and the ugly—all coming together in a rich and colorful mix.

Southwest Atlanta, where I grew up, was a place where church was big on Sundays, and so were talent shows. The neighborhoods were sectioned off into zones divided by creeks, train tracks, and rock quarries, by lakes and ponds, but they often blurred together. Tough projects would be standing right next door to regular middle-class apartments and tree-lined suburban neighborhoods. There were haves and have-nots going to the same schools. You knew kids who went hungry, who had no one at home, some of them growing up mean. There was crime in the streets, particularly after the crack money starting flooding the neighborhoods in the mid-eighties. And there was no shortage of jails and prisons to hold you if you got caught. But in one sense, we all came up in a privileged way because no matter what your family had, growing up in the Dirty South you got to see greatness all around you all the time. Whatever challenges you were facing in your life, it was still fun to watch all the characters in town and to be there and be alive.

Atlanta has always been the cradle of Black Consciousness. Not only was it home to Martin Luther King Jr., but seminal cats like W.E.B. Du Bois, who taught at Atlanta University back at the turn of the twentieth century and wrote The Souls of Black Folk. I believe that to this day, Atlanta is where the black soul feels most at home. The red clay raised Maynard H. Jackson, Hosea Williams, William Andrews, Gladys Knight, and the Bronner Brothers. Musical geniuses like Curtis Mayfield lived there. So did Hank Aaron, the Hall of Fame baseball legend. Hank lived in a house in my grandmother’s neighborhood, and he’s still there right now. You saw all these figures from the civil rights era driving in your neighborhood, and you went to school with their kids. You saw Andrew Young come to your high school and tell you that change can happen because they were part of a change that changed the world. So kids from Atlanta always had a feeling that whatever they wanted to do, they could do.

Right before my father died, my mom got a job with the Atlanta fire department. It was such a big thing that she was written up in Jet magazine as one of the first seven African American women to join the department. There’s a photo spread—including one of me and my sister, Shedonna—with our mom outside the apartment where we were living then. My mom wasn’t a big woman, but she was strong and smart and mentally tough.

My mother was truly a trip, and for better or worse, I was on that trip. Like a lot of moms in the Dirty South, she did whatever she needed to do to survive. She was always on the hustle, just to keep her family going. She owned a limousine service at one time, and she opened the first black bridal shop in the Greenbriar Mall, out on the Westside. I used to spend a lot of time hanging out there, checking out the styles in the shop windows. We may not have had much money, but I always knew how to dress, put things together in a pleasing way.

I used to love watching Mom preach, which she did part-time. But when she really got into the Spirit, it sometimes scared the mess out of me and Shedonna. We used to go to tent revivals, and Shedonna and I would huddle together when our mother got in the line for a special prayer. We were afraid she would catch the Holy Ghost and pass out. And then what would we do?

There were a lot of good things about church too. Most of it musical. Every Friday night we had to go to what’s called “family enrichment,” and then go to church very early every Sunday morning. To make it more fun, I started singing in the choir and doing Bible raps for the congregation. We learned all the books of the Bible from something called “Bible Break” that I quickly memorized.

It turns out that Shedonna understood me pretty well—maybe better than I understood myself at the time. She knew that while I was singing like an angel at church, bad things were starting to happen out on the street. The devil was sitting on my shoulder, and there was a battle going on inside me for my very soul.

This is an extended version of an excerpt that originally appeared in our September 2013 issue.