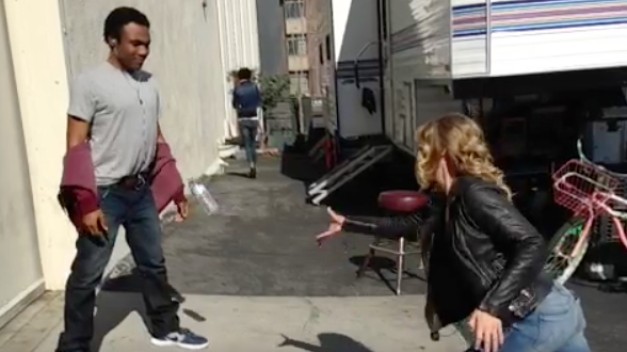 The cast of NBC’s Community is less than thrilled that Donald Glover will only appear in five epidoes of the show’s upcoming fifth season. The Stone Mountain–born actor-cum-rapper is off to FX to produce a music-centric series entitled Atlanta. (About which we have a a few requests and reservations.) The cast is so pissed off, in fact, that they started throwing water bottles at his groin, as his costar Alison Brie posted on Vine yesterday for all to see.