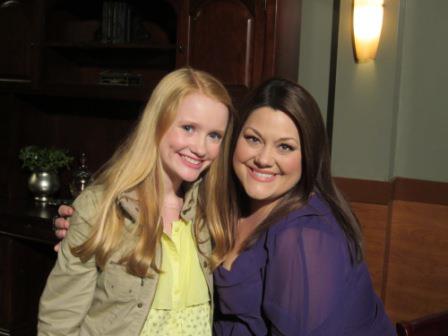 Atlanta author Drew Jubera‘s book “Must Win: A Season of Survival For a Town and its Team” doesn’t officially debut until Sept. 4, but it’s already scored a touchdown in Valdosta, the pig skin-partial Georgia town the veteran reporter chronicles in the book. Earlier this summer, at the Valdosta High football coach’s request, Jubera sent his own dog-eared advance reader paperback proof of the project down to help out with the team’s annual fundraiser at the Valdosta Country Club.

“I figured it might pull in $20 or $30,” Jubera tells us. “The coach left me a voicemail later that night saying that things got so crazy he even had to drop out of the bidding.” Winning bid? $800.

Jubera cracks: “I may rethink the book’s current $25 price point.” Atlantans, meanwhile, get their first crack at snapping up copies of “Must Win” on September 1 at 12:30 p.m. at the Decatur Library when the writer speaks, signs and publicly debuts the project at the AJC Decatur Book Festival.

FROM “WONDERLAND” TO PEACHTREE CITY

We hear that actress Skylar Nicholson, who memorably portrayed the title character in this summer’s production of “Alice in Wonderland” at the Serenbe Playhouse has now traveled through the rabbit hole and magically landed in Los Angeles via Peachtree City. All without the aid of mushrooms. Nicholson will appear on this Sunday’s episode of Lifetime’s “Drop Dead Diva” at 9 p.m. The  Los Angeles-set “Freaky Friday”/”Ally McBeal” mash up shoots in Peachtree City. The show’s ridiculously nice star Brooke Elliott posed for a photo op on-set with the talented young actress, too.

Actor/writer Vince Vaughn, enjoying the long beans and James River oysters, along with an entree of halibut with fries on the side, with a group of five at The Optimist Monday night. Server Jen Young (who got along famously with the comic actor in town shooting “The Internship” with Owen Wilson) reports that Vaughn raved about the fries and cleaned his plate accordingly.

J.R. GOES FOR THE GOLD

We’ve already seen tonight’s season one finale of TNT’s successful “Dallas” reboot and we’re pleased to report that, even at 81, Larry Hagman still has the acting chops that once landed him beside Henry Fonda in director Sidney Lumet‘s 1964 cold war thriller “Fail Safe.” “Dallas” fans old and new will no doubt relish Hagman’s emotional hospital scene tonight with longtime co-star and pal Patrick Duffy as J.R.’s younger brother fights for his life. Hagman is so good in the scene Duffy admits he wore earplugs during Hagman’s monologue so he wouldn’t tear up during the shoot (Bobby is comatose, after all). And just like every classic season ender of the  primetime soap, there are a series of cliffhangers (one doozy involving Cliff Barnes, even!) hardwired into tonight’s season one finale.  The show airs on TNT at  9 p.m.  and is competing against the Summer Games for eyeballs. Never fear, TNT has already greenlit Hagman and gang for season two set to air next summer.