The controversial world of casinos attracts supporters through the thrill of big money, the allure of title fights, and the prospect of employment, but it also brings the perils of addiction, fears of soaring crime rates, and a threat to nearby property values. Yet for Savannah pharmacist Ron Stephens, the choice is simple. The mustached Republican state representative, who chairs the influential House committee that vets bills related to Georgia’s economic development and tourism, wants to see gaming resorts open across the state—but not for the reasons you might think.

“It’s not about gambling,” he says. “The real question is: Do you want to fund HOPE to keep our best and brightest kids at home?”

The way Stephens sees things, changing Georgia’s gambling laws would mean merely tweaking the state code that already allows video slot machines where players win prizes. In reality, the changes needed to legalize table games or racetrack betting are more complex and would require two-thirds of state lawmakers’ support, the passage of a statewide referendum, and additional approval from city and county officials where the casinos would open.

Still, the case for casinos has gained new life over the past year as the issue has successfully become yoked to the future of the HOPE Scholarship program. As momentum builds, the decision of whether to welcome a multibillion-dollar gaming industry into the heart of the Bible Belt hinges on a moral dilemma.

“Casinos never have come close to passing,” says Charles Bullock, University of Georgia political science professor. “But the forces of morality have weakened over time.”

In a state where four out of five people identify as Christian—and 38 percent consider themselves evangelical—the notion of craps tables coming to Georgia would seem to be a nonstarter. Yet pragmatic trade-offs between virtue and vice are nothing new here. There’s a widespread acceptance of strip clubs in metro Atlanta; the state’s Sunday alcohol sales ban was recently rolled back; and even cannabis oil now can be used to treat seizures despite staunch opposition to marijuana legalization.

Surprisingly, one of the groups you’d expect to lead the fight against gambling already seems to have folded its hand. “Morally, it’s wrong, it hurts the family, and it affects poor people more,” says Beth Harris of the Georgia Christian Coalition. Nevertheless, her organization doesn’t plan to spend its time lobbying against casinos. “It’s going to happen, and I accept that,” Harris says. “We’ve become a society that tolerates a whole lot more than our founding fathers ever meant us to tolerate.”

Since it was created in 1992, the Georgia Lottery has raised over $16.5 billion for education, helping cover tuition for 1.7 million college-bound students through the HOPE Scholarship. As the Great Recession hit and many residents returned to school to learn new job skills, HOPE suddenly found itself unable to cover tuition costs for a greater number of eligible recipients. With the program on track to go broke, state lawmakers four years ago reduced benefits and tightened eligibility requirements. Lottery revenue is again on the rise, but officials argue the demand for scholarship funds is growing even faster.

Using HOPE’s instability as justification, casino advocates last year resurrected efforts to change gambling laws. MGM Resorts International hired an army of 16 lobbyists to drum up support, emphasizing that Georgians already spend an estimated $346 million each year rolling the dice in nearby states. If successful, a $1 billion casino development would be built in Atlanta—potentially downtown by the Gulch or near the Georgia World Congress Center campus—followed by as many as five smaller casinos across the state, all constructed without tax incentives. The state stands to receive $288 million in annual revenue from a proposed 12 percent gaming tax, which would give HOPE a much-needed boost.

For a sense of what an Atlanta casino might look like, go two miles south of Washington, D.C., where construction crews are currently building the $1.3 billion MGM National Harbor in Maryland. When completed, it will include a 125,000-square-foot casino with thousands of slots and table games, a 24-story luxury hotel, and a 3,000-seat arena. According to projections, the complex eventually will employ 3,600 workers and cater to 17,000 daily visitors—giving it a higher daytime population than the city of Decatur.

Mike Griffin, a lobbyist for the Georgia Baptist Convention, says legalizing gambling would undermine family stability, offsetting the positive impact from additional scholarship funding. In his opinion, the trade-off amounts to a “shell game” by lawmakers who attend church on Sundays and cite scripture on the campaign trail, only to sell out on a vital moral issue.

“Their logic could be used to legalize the sale of marijuana or prostitution,” Griffin says. “That’s the most egregious thing—using children [to justify casino gambling].”

But, as Bullock notes, morality-based opposition to gambling—along with the religious right’s withering influence—has eroded since the creation of the Georgia Lottery. Stephens, a regular churchgoer himself, sees little difference between lottery tickets and poker chips. “It’s kind of like a young lady saying, ‘I’m just a little bit pregnant,’” he says. “Gambling is gambling . . . What we’re looking for is to make the pot bigger.”

The study committee is scheduled to release its recommendations in December ahead of the 2016 legislative session, when the prospects of casinos almost certainly will be discussed further. Governor Nathan Deal, a declared opponent of casinos with the power to veto gambling legislation, has said he would only consider standing down if casino execs agreed to be taxed somewhere between 24 percent and 35 percent. A casino referendum could appear on a ballot as early as November 2016, leaving the fate of Georgia’s gambling gambit—and, to a degree, our state’s moral absolutism—in the hands of voters.

$2.4 billion
projected cash that could flow through Georgia casinos each year

16
number of lobbyists hired by MGM to help push for casino legislation in Georgia.

29.5
percentage of tuition at a state research university not covered by HOPE.

A version of this article originally appeared in our November 2015 issue under the headline “Place Your Bets.” 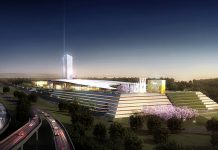