To merely describe Wifredo Lam as an important 20th-century surrealist would do him a disservice. The Cuban painter’s hybrid vision was far broader, encompassing magical realism, modernism, and postmodernism—making him influential in not just the art world but also literary and political groups. The High’s exhibition Wifredo Lam: Imagining New Worlds showcases 40 paintings, as well as prints, sketches, and miscellany—like African masks from his personal collections. Lam died in 1982, but his lasting influence is underscored with companion shows by Atlanta’s Fahamu Pecou and Brooklyn-based José Parlá, including sculpture, murals, paintings, and sound. Pecou and Parlá are also jointly producing an installation in a third nearby gallery.

On the calendar: See works by the surrealist at the High from February 14 – May 24.

This article originally appeared in our February 2015 issue under “The Surreal World.”
Advertisement 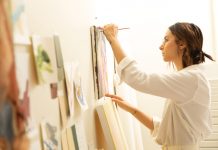 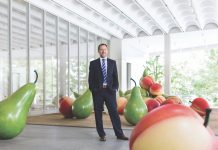 Creative License: Making the arts accessible and inclusive for all Atlantans