Home News & Opinion From the Magazine Georgia Tech as Google? And other Atlanta locales repurposed by Hollywood 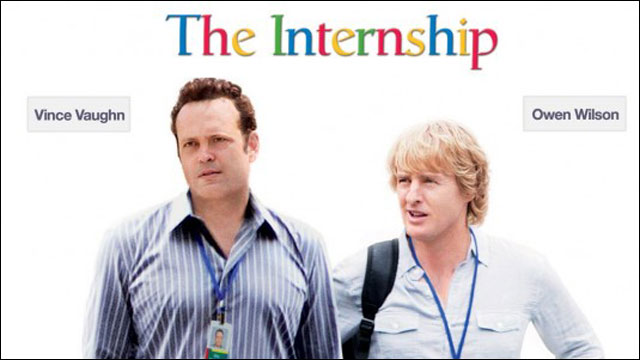 Atlanta’s fondness for bulldozing and rebuilding has left us with nondescript architecture and a generally bland cityscape. But Hollywood eyes our blahness and sees dreams and dollar signs, with our state’s tax credits making an ATL location a no-brainer substitute for cinematic scenery from the Bay Area to Brazil. This month Owen Wilson and Vince Vaughn hit theater screens in The Internship, playing veteran salesmen forced to adapt to the new digital world via apprenticeships at Google. The movie was shot here last summer, with buildings on the Georgia Tech campus standing in for the Internet megacorporation’s California “Googleplex.” It’s hardly the first time the dream factory has made our vagueness a virtue.

Setting: Rio de Janeiro
Set: Downtown ATL
The Stretch: Well, we’ve got the humidity, if not the beaches. Brazilian bacchanals were re-created Downtown near the Georgia Dome—and if you don’t blink during one scene, you can spot the “Atlanta” on the front of Philips Arena.

Setting: New York City and San Diego
Set: All over intown Atlanta
The Stretch: Manuel’s Tavern should make a splendid stand-in for a New York dive. But putting an ice rink outside Peachtree Center and turning Georgia spring into winter at Rockefeller Plaza is going to take more CGI than The Hobbit.