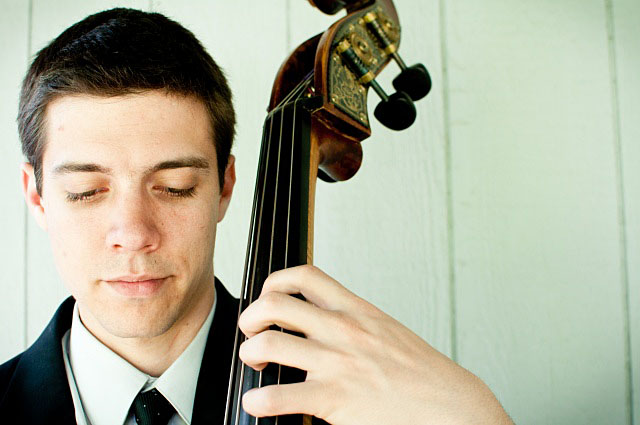 In the Jazz Times review of his debut album, bassist Will Goble’s original ballad, “Blessed Unrest” is compared to classic collaborations by Stan Getz, Chet Baker and Bill Evans. Late Thursday night, Goble, 29, was attempting to articulate the compliment over the phone when his voice suddenly trails off.

“I’m sorry,” Goble explains. “The drummer just shot me with a pellet gun.”

The armed musician in question is Atlanta drummer Dave Potter, who has been playing with Goble since they were both high school kids obsessed with learning jazz. The brotherly bond will be back on display tonight at the High Museum at the Friday Jazz series from 5 to 10 as Goble and Potter officially unveil tunes from Goble’s debut album, Some Stories Tell No Lies, a project that was produced here in Atlanta and underwritten in part via a Kickstarter campaign financed by local fans.

Goble and Potter aren’t yet 30 but don’t tell that to your ears. Together, they embody the swing of John Ore and Frankie Dunlop from Thelonius Monk’s early 60s quartet and the sensitivity Paul Chambers and Philly Joe Jones brought to Miles Davis’ first (and arguably finest) quintet of the mid-50s. They’re so good vibraphonist Jason Marsalis has them on retainer in his critically acclaimed quartet. Last year, Goble departed Atlanta for opportunities in Phoenix.
“There were so many great musicians to connect to Atlanta,” Goble reflects. “In some cities like New York, it can be really difficult to tap into other musicians. There are a lot of barriers. Here, the musicians connect and inspire each other. It’s about working hard and caring about bringing music to people.”

In the recording sessions here for Stories,” Goble had one rule: no edits, no computer punch ins to cover up mistakes. “I’m just more comfortable playing in the same room together in a more natural and live set up,” he says. “It creates a more honest listening experience. Throughout the album, there are these little momentary stories that tell you about weakness, about flaws or a strength. In a solo, you can hear someone who is confident or when someone isn’t. You can hear if they’re curious and you can hear them taking risks.”

Equally risky is handing the phone over to Potter to discuss his seductively swinging original, “Ill Bill,” from Stories, a tune so contagious Marsalis had Potter and Goble record it with him for his new album, In a World of Mallets.
“I’m a little embarrassed to admit I wrote it as part of a class project in college,” Potter explains. “It was a composition class and we had to write a bunch of tunes. I was sitting at the piano and I have extremely ultra-limited piano skills. As a drummer, I approach things more rhythmically and with a minimalistic approach. There’s some Monk in there since he’s one of my favorite musicians but also because he came at things from a rhythmic standpoint too. It’s the tune I’m most proud of.”

Potter says his musical chemistry with Goble is simple to explain. “We’ve been playing together since we were in the same high school jazz band,” Potter says. “In college, we would practice together for hours and sometimes we’d just play the same note over and over until it came together as one. We just have similar musical DNA. You can hear it too when cats don’t really see eye to eye on things. When they’re not willing to negotiate with each other. Will and I just want to create a good sound. For us to come back together to play at the High, which is one of the most high profile jazz gigs in the city, is just tremendous for us.”

For more info or for tickets, go to the High’s Friday Jazz page.