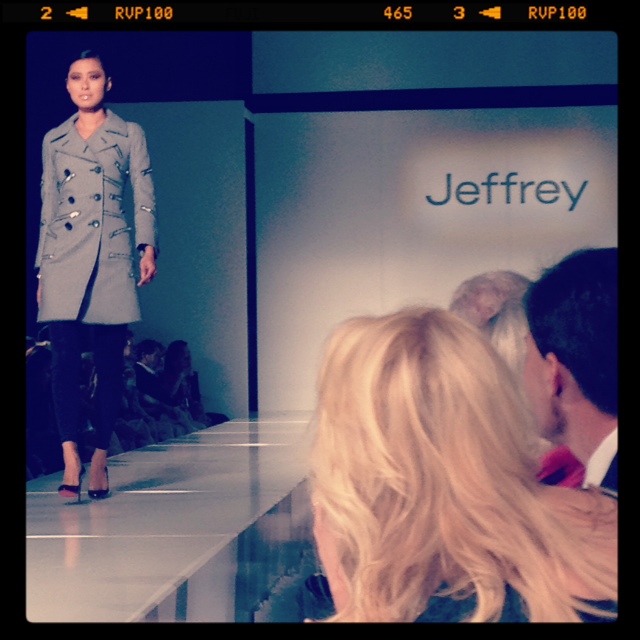 At half past six on Monday evening, there was just one thing missing in the VIP lounge at the 21st annual Jeffrey Fashion Cares private meet-and-greet with Jeffrey Kalinsky at the American Cancer Society building downtown. Clad in blue jogging shorts, the Atlanta and New York retailer was still downstairs, engrossed in a last-minute consult with event chair and bff Lila Hertz as the models did one last run through on the catwalk. But it’s this attention to detail that has made Fashion Cares one of the city’s most anticipated fundraisers of the social season.

This year, the benefit for the Susan G. Komen for the Cure Greater Atlanta Affiliate and Atlanta AIDS Fund was once again a sell-out and on track to raise the more than $600,000 the 2012 event generated. At Monday night’s event, KICKS 101.5 FM midday host Jenn Hobby was eager to order a cocktail. Reflecting on last year’s event with pal and CNN senior producer Danielle Dellorto, Hobby admitted, “I was fake drinking club sodas with lime last year because I was early in my first trimester and we hadn’t told anyone yet.” At this year’s event, hubby Grant Rivera was keeping mom in the loop on tiny Lauren Louise’s trip to the grocery store with pop via text message photos.

Across the room, veteran WXIA-TV producer and Southeast Emmys president Evelyn Mims was harboring a secret of her own. The now-svelte Mims looked runway-ready herself as she revealed she quietly underwent lap band surgery early this summer. The WSB Action News team was also out in force at the event as longtime producer (and the station’s unofficial social media maven) Donna Lampkin snapped group shots of glammed up reporters Craig Lucie, Erica Byfield and Jodie Fleischer. Perennial Real Housewives of Atlanta hanger on Dwight Eubanks, dressed in a white tuxedo, Run DMC-inspired eyeglasses and a black hat borrowed from the Captain Hook Disney Collection, happily posed for photos with delighted fans. For former FOX 5 reporter Justin Gray the evening was bittersweet. Hanging with his new WSB family, Gray departs our fair city this month for a brand-new COX reporting gig in Washington D.C.

Before the fashion show main event featuring the latest styles for fall curated by Kalinsky himself with the likes of designers Jason Wu, Christian Louboutin, Saint Laurent Paris, Prada and Bottega Veneta (ladies, you can expect a lot of full length color, grays, little black dresses with big bows and matching long gloves and even a camo-and-fur combo on racks this season), the live auction whetted the crowd’s appetite. Paddles were especially active during the bidding on the evening’s final item — a field trip to Vogue in New York during Fashion Week. The trip for two includes seats at the 2014 Michael Kors runway show, an exclusive tour of the Vogue offices and lunch at the Conde Nast Café. The trip ended up going for $9,000. It was not immediately clear if the package included Vogue editor-in-chief Anna Wintour throwing hot coffee on you when she discovers you lurking outside her office.