May is National Bike Month, so to kick off a series of spotlights on local transportation rock stars, I spoke with Kyle Azevedo, 26, who along with a group of engineering grad students developed the world’s first GPS-enabled, stationless bike-share system. Call them “smart bikes” for short.

ViaCycle (runner-up name: “Velockiraptor”) launched on Georgia Tech’s campus in 2011, and its technology now powers bike-share programs at George Mason University and in downtown Las Vegas. The delightfully simple premise: Each rental bike is outfitted with an electronic lock and GPS tracker, allowing customers to pay for and unlock bikes via phone and later return them to any designated standard bike rack. Other municipal bike-share programs you might have heard of, such as Capital Bikeshare in D.C. and the one about to launch in New York City, require bulky kiosks and docking stations. (New Yorkers aren’t happy about it, according to a lead article on today’s New York Times homepage.)

The team is working on a partnership with DecoBikes in Miami as well as pilots in Vancouver and the U.K. A hoped-for future client? The Atlanta region. In January the Atlanta Bicycle Coalition published the Atlanta-Decatur Bike Share Feasibility Study, in which executive director Rebecca Serna wrote: “At this point it’s not a question of if, but when, the Atlanta region will invest in this dynamic concept.”

Is Atlanta ready for a bike-share program?
I think it’s getting there. I would not say it’s ready yet. And that’s really for two reasons: Atlanta and the South in general is a particularly car-centric culture. Now, one of the interesting things about bike sharing is that it’s been proven in other places that just putting the program out there is an effective tool of education and cultural change. If you sort of throw it at people, they’ll say, “Oh, there are just bicycles everywhere, I have to respect them as a driver.”

The bigger issue is making sure the proper infrastructure is there, and there is some work to be done, but there’s also been a lot of positive development. Josh Mello over at the City of Atlanta has been awesome since he joined that organization. The city just approved $2.5 million for bike infrastructure funding, new lanes. The BeltLine is a huge component. So it’s happening.

I was a little surprised that the Atlanta feasibility study portrayed the fixed stations as more convenient for users than the smart bikes—that asking customers to slide a credit card at a kiosk allows for more spontaneity than asking them to sign in with a mobile phone. In our increasingly mobile world, is that really the case?
I’ll be the first to tell you there are pros and cons to each solution, and what we’re doing is not perfect yet. It was a little surprising to see the focus on convenience. I think some of that came from the fact that they looked at smart-bike systems almost a year before the final results came out, and the technology was at a much earlier stage.

[With ViaCycle] you can still put a kiosk in high-traffic areas. We’ve gone out and designed that. At the risk of oversimplifying, it’s basically an iPad on a stand with a credit card reader. You can put it anywhere, that way if you have a station Downtown or in a place with a lot of tourists, they have access to all that same functionality.

But I agree with you. Mobile is where the world is going, and while the need for a physical presence in advertising is still very strong, there’s no reason you need things controlled by heavy, standalone, stationary equipment.

Would you like ViaCycle to administer Atlanta’s future bike-share efforts?
Absolutely. When we started the project I’d say half the people we talked to would shake their head at us and go, “Bike sharing, what’s that?” Now almost three years later, people know what it is and they know the value it can have, and for us it would mean so much. We want to make Alanta a better place. It’s what gave us our start, and it would be really awesome to see that come full circle in moving toward a more connected city.

Have you always been passionate about biking?
I would take my bike to and from work for grad school but it was more of a casual thing. When we started the company I said, “I need to walk the walk,” and I’ve gotten much more involved in the world of Atlanta transportation and specifically biking.

I’m a big fan of cars—they’re incredible feats of engineering. I own one, I love it, I love working on it. But cars are not a good solution in a lot of cases. Biking is more efficient, less expensive. If it’s a trip of less than a couple miles and it’s anywhere near rush hour and you’re in a car, I’ll beat you, almost guaranteed.

What are some other cool startups in the areas of transportation or sustainability?
Something that’s been really interesting to watch has been the rise of collaborative consumption startups. Broadly you can apply that label to Airbnb (a website for travelers seeking non-hotel accommodations), which is probably the largest and best known. Companies like Uber doing shared ride services. The founders are based out of Atlanta of a California company called InstantCab doing the same thing—sort of disrupting the taxi industry. There’s a company called Scoot doing electric scooter sharing.

Transportation can be a tough industry because it’s very entrenched. To do anything for MARTA or for the MTA you really have to get yourself in there. But I think it’ll happen over time. I’d love to see more innovation around how we can improve public transit operations.

Check out Atlanta Bicycle Coalition’s May calendar of events, including this weekend’s Atlanta Streets Alive on Peachtree. 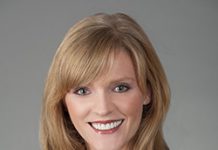 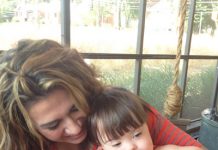 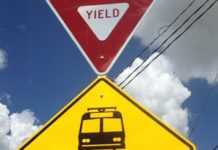