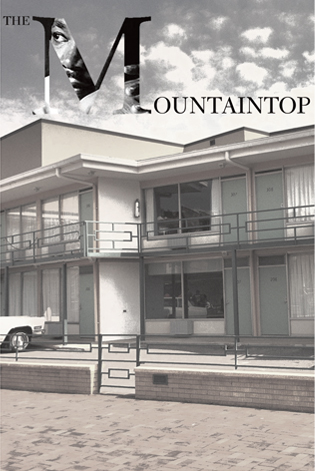 Writer and Memphis native Katori Hall’s play “The Mountaintop,” a fictional account of the final night of Martin Luther King Jr’s life, concludes its well-received Atlanta run this weekend at Kenny Leon’s True Colors Theatre. The play made its U.S. debut on Broadway last year in a $3 million production directed by Leon and starring Samuel L. Jackson and Angela Bassett. In an exclusive interview with Atlanta magazine, Hall took time out from writing the screenplay based her new play “Hurt Village” to talk about bringing “The Mountaintop” to Atlanta.

Q: What’s more daunting, staging this on Broadway with a big budget and an all-star cast consisting of Sam Jackson and Angela Bassett or debuting this play in Dr. King’s hometown?

A: They’re both daunting. I can’t say which one is scarier. In Atlanta, there will certainly be more people who knew him, who worked with him, who had true personal relationships with him going to see this. He was flesh and blood to them. That’s probably even more daunting than the pressures of the play making back that investment on Broadway.

Q: You grew up in Memphis. Can you talk a little about your family history that’s woven into the fabric of “The Mountaintop?”

A: The reason why I even began to think about writing a play set on the last night of Dr. King’s life was my mom telling me about wanting to go hear to him speak in support of the sanitation workers’ strike. There was a rumor flying around Memphis that somebody was going to kill Dr. King and if he came back to Memphis he wouldn’t make it out alive. There was this ominous feeling in town. My mother asked her mother if she could go to hear him speak and she said no. She never got a chance to hear him speak and then the next day he was taken from us. It became one of the biggest regrets of her life. When she told me that story, even though I was very young, it stayed inside of me and started working within my imagination.

Q: As a writer, what were your impressions of King’s final mountaintop speech from that night? In an eerie way, it serves as the ultimate eulogy, doesn’t it?

A: I know! It’s so haunting. He had actually used a lot of those passages and that Moses metaphor before in speeches throughout the last year of his life. It’s almost like he was drafting it sonically throughout that last year and this was the final draft, culminating in poignant reflection and a rousing fearlessness. He told that crowd, “I am not afraid anymore. I accept this. I can give up the ghost.” It’s very powerful.

Q: As a Memphis native, did you go to the Lorraine Motel while you were writing this?

A: Several times. I never got a chance to go into the room though until after the play opened. But I stared through that Plexiglas many, many days, just kind of imagining how it felt to walk around the tomb. It’s very small. It’s almost coffin-like. That claustrophobic experience was something I was going after when I wrote the play.

Q: “The Mountaintop” opens with King urinating. You set the tone immediately. You were very intentional about humanizing this monument in Washington D.C. But you’ve endured some criticism about making him human.

A: (Laughing) It’s right there, right at the top of the play! It’s important to know that we’re dealing with a man here. Not an angel, not a deity. A man. To see him smoking, the reaction has been, “Oh my God, how could she?!” But when you think about the day-to-day pressure and struggles of his life, I’d be smoking and drinking too! A lot of people were offended that I showed him in that way. But far more people have said, “Wow, King was just a man. If he could change the world, even with all my flaws and foibles, maybe I can, too.” That’s the message and the entire point of the play.

Q: The Bloomberg News, in its review of “The Mountaintop” on Broadway, criticized your referencing a pillow fight in Room 306 at the Lorraine. But according to Andy Young and others who were there in the room, the pillow fight is historically accurate. It happened. What was your reaction to that criticism?

A: I think it’s difficult for people to envision Dr. King, on the day that he died, having a pillow fight with Andy and the others. But he was fun loving. A lot of people have said, “Oh, she’s just making up stuff.” I did my homework. You can’t please everybody all the time.

Q: You’re 31. When you found out that Jasmine Guy would be directing the Atlanta production of “The Mountaintop” at True Colors, did your inner 13-year-old scream, “Oh my God, I get to meet Whitley Gilbert from “A Different World!?”

A: You know I did. I’m a huge fan. Watching “A Different World” inspired me to go to school. I didn’t go to a HBCU [Historically Black College and Universities] though but I should have! We all saw that and said, “Wow, college is the place to be. We’ve got to work hard to get there.” It was really inspirational. I would watch the reruns after school every day. That show, I think, changed so many young black kids’ lives.

Performances of “The Mountaintop” run tonight and Friday at 8 p.m., Saturday at 2:30 and 8 p.m. and Sunday at 2:30 p.m. at True Colors Theatre. Click here to purchase tickets online.