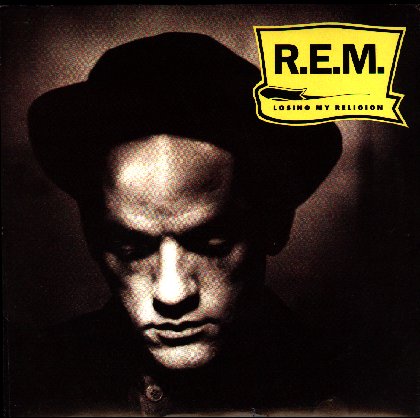 While the members of R.E.M. have parted ways professionally, the Athens-birthed rockers are banding together to keep their music off of Fox News. On Wednesday night during its coverage of the Democratic National Convention, the conservative flavored news outlet owned by Rupert Murdoch played the band’s hit 1991 single “Losing My Religion.”

On Thursday, through its music publisher Warner-Tamerlane Music, the band demanded that Fox News “cease and desist from continuing its unlicensed and unauthorized use” of the tune. Said R.E.M. lead singer Michael Stipe on the band’s official website: “We have little or no respect for their puff adder brand of reportage. Our music does not belong there.”

According to the Merriam-Webster Dictionary, a puff adder (noun) is “a large thick-bodied extremely venomous African viper also known as the hognose snake.”

This is not to be confused with “The Black Adder,” the short-lived, pre-“Mr. Bean” 1980s Brit-com starring Rowan Atkinson and frequently aired in unison with “Keeping Up Appearances” on U.S. public television outlets.

When the band publicly posted about the dust up with fans on R.E.M.’s official Facebook fan page, Stipe’s reptilian recourse of Fox News immediately generated 9,458 clicks on a blue thumb, followed by 829 comments from the page’s 1,916,439 fans.

“This is why we love you Michael,” posted fan Karen Tataryn-Savio. Other fans were, well, less than supportive of Stipe’s political comments. “Exactly!” commented Matt Niemia. “It belongs in the bargain bin at Walmart.” While D’On Noakes pondered, “So does that mean ‘It’s the End of the World as We Know It’ can’t be used for the DNC theme?”

Others merely allowed the mandolin-accented song to speak for itself. Posted Chuck Uvas: “Oh, life.”