On Monday morning, as a hard rain fell upon the Richard B. Russell Federal Building, Tyrone Brooks solemnly leaned forward, resting his chin on his hands, and listened as U.S. District Judge Amy Totenberg delivered her decision inside a standing-room-only 23rd-floor courtroom filled with his friends and family members.

Brooks—an Atlanta state lawmaker for 35 years and a lifelong activist—typically in the past would come to such a courtroom to take a stand against some kind of injustice. But today, onlookers were there to learn whether the 70-year-old civil rights leader would go to prison for defrauding corporate donors of hundreds of thousands of dollars given to organizations under his control.

After a weeklong sentencing hearing, Totenberg ordered Brooks to spend a year and a day in federal prison, receive two years supervised released, and perform 250 hours of community service. In a much-noted irony, the sentence also stripped Brooks, a fierce champion of voting rights, of his right to vote, and will require him to pay restitution likely for the remainder of his life.

In May 2013, Brooks was charged with 30 federal counts of mail, tax, and wire fraud for using donations to two organizations—the Georgia Association of Black Elected Officials and Universal Humanities—to pay for personal living expenses for himself, his wife, and his ex-wife for more than two decades. Two legislative sessions passed after the indictment; then on April 9 of this year, Brooks resigned from his longtime state House seat and negotiated a plea bargain in which he pleaded guilty to one count of tax fraud and nolo contendere to five counts of mail and wire fraud. He admitted having misappropriated between $150,000 and $250,000 since 2005, although his shoddy record-keeping made it impossible to determine how much he had illegally siphoned off before that time. Prosecutors at one point had said the number could be as high as $1 million.

Brooks’s sentencing was unusually complicated because prosecutors argued that he refused to accept responsibility for his actions—a key tenet to any plea deal. In determining Brooks’s sentence, Totenberg was forced to weigh the violations of his donors’ trust against the merits of a lifetime of activism by a man considered by many to be following in the footsteps of the Rev. Martin Luther King Jr.

Since first being elected in 1980, Brooks had succeeded in helping bring about concrete policy changes. Former state Rep. Bob Holmes, D-Atlanta, who served alongside Brooks in the state Capitol until 2008, told us his former peer played key roles in expanding voting rights, addressing criminal justice system issues, and improving racial equality within the state’s judicial ranks.

“He tried to help the least: the poor, minorities discriminated against, the homeless,” Holmes said. “That was manifested in almost every piece of legislation he introduced. The fruits of his labor are being manifested today.”

Brooks’s most memorable moments inside the Gold Dome were battles waged against the vestiges of the old South. Brooks played a crucial role in convincing fellow lawmakers to remove the Confederate emblem from the Georgia state flag in the early 2000s. His efforts led to Gov. Roy Barnes brokering a political deal that resulted in a new flag flying across the state—sparing Georgia much of the criticism recently suffered by South Carolina and other Southern states.

“At that time, Georgia did the right thing because of people like Tyrone Brooks,” state Sen. Vincent Fort, D-Atlanta, told us.

More recently, Brooks aided efforts to remove the 12-foot-tall bronze monument of Thomas Watson, a U.S. Senator known for his white supremacist and anti-Semitic views, from its prominent position near the Gold Dome’s front entrance. Due to his criticism, the statue in late 2013 was quietly relocated to a state property across the street.

Brooks’s influence as a civil rights leader inevitably grew as the decades passed. According to prosecutors, the lawmaker tapped into that goodwill to solicit large donations, some of which were funneled into his personal account. Prosecutors said one Brooks nonprofit, called Universal Humanities, was a sham, with “meticulously noted”—but fake—financial records. He was unable to substantiate his claims that thousands of students benefitted from the group’s work.

All the while, his personal credibility led to corporations like Coca Cola, Georgia Pacific, and Georgia Power cutting him a steady stream of checks for initiatives such as Visions of Literacy. FBI special agent Christy Parker, the case’s lead investigator, found during her four-year investigation that people who were supposedly on the board or staff were unaware that Brooks had used their names to solicit donations—or that the literary program even existed.

According to Parker, Brook reimbursed himself for expenses with checks made out to large, round numbers—say, $8,000, instead of odd amounts corresponding to a specific purchase—money that ultimately helped cover his cable bills, clothing from the Timberland outlet, and $93.18 for a tummy tuck belt. In the process, prosecutors said, Brooks touted the nonexistent program to donors, promoted meetings that never happened, and claimed false results in hopes of receiving more funding. Up until the very week of sentencing, Parker said, the Universal Humanities website still allowed people to make online donations.

Even after he took a plea agreement this year that required him to admit certain crimes, Brooks maintained his innocence when he spoke to the press, and claimed his decision to leave public office wasn’t the result of the charges against him. The career move, he said, was instead undertaken so he could devote his attention to finding the people responsible for the unsolved 1946 Moore’s Ford Bridge lynchings in Walton County.

“I’m guilty of being a civil rights worker,” Brooks told WXIA-TV as he stood at bridge the day after his plea deal was announced.

According to prosecutors, Brooks’s statements to multiple outlets violated the terms of the guilty plea he had just signed. “Such bald denials to the media are hardly the stuff of ‘acceptance,’” they wrote to the judge leading up to sentencing.

Corporate execs from Coca-Cola and Georgia Pacific, which respectively donated $496,000 and $170,000 to the lawmaker’s organizations, also blasted Brooks for his misuse of funds. In the Coca-Cola’s case, senior counsel Allen Yee wrote, the company had placed “significant trust and confidence” in Brooks given his once-sterling reputation. But his failure to use their donations appropriately resulted in other important projects going unfunded. Curley Dossman, president of the Georgia Pacific Foundation, wrote that the company would’ve cut off payments had they known the full extent of the lawmaker’s actions.

“The implication of charitable funding being converted to personal use is that it erodes public trust in charities at a time when the need for more private funding is critical,” Dossman wrote to Totenberg.

Former Governor Roy Barnes, who represented Brooks on a pro bono basis, called for Totenberg to sentence the former lawmaker to five years of probation rather than the two years in prison prosecutors sought. Sending the activist to jail, Barnes argued, would prevent him from serving the community during that time.

Over the course of the weeklong hearing, dozens of supporters attested to Brooks’s character as an advocate for the marginalized who was uncompromising in his beliefs as a “civil rights foot soldier.” Members of the civil rights movement’s old guard—including Rev. Joseph Lowery, Rev. C.T. Vivian, and former Atlanta Mayor Andrew Young—encouraged Totenberg to grant Brooks a lenient sentence considering that his financial practices, though flawed, were in the effort to do important work.

In the end, Totenberg told a packed courtroom on Monday that her sentence was an effort to split the difference between recommendations from both sides. Noting that Brooks had done good work over the years, she also affirmed that “serious broaches” of the public’s trust had occurred. As she read her sentence, she expressed hope that Brooks would continue his civil rights work once he was out of prison, going so far as to tailor the terms of his probation to allow him to travel, work with children for community service, and associate with others that may have criminal records—so that he could help them.

Brooks, who is scheduled to make a public appearance Wednesday at the Moore’s Ford Bridge, has 14 days to appeal his sentence. After the courtroom cleared out, Barnes expressed his disappointment with the decision, but praised Totenberg for her careful consideration. By his estimation, he didn’t think that the case merited incarceration and should have instead been resolved in civil court. Uncertain of whether they would appeal, he said his client remained poised even at the prospect of heading to a penitentiary.

“Tyrone Brooks has been through so much,” Barnes said. “He’s stood in the face of death many times in his life. Nothing fazes him.”

In the plaza outside the Russell Building, U.S. Attorney John Horn told reporters that he hopes the sentence drives home the idea that even people running charitable organizations must abide by the law in order to not undercut their good deeds. Though Horn approved of Totenberg’s ruling, he lamented the fact that a civil rights icon had to be prosecuted in the first place.

“This is not a day for celebration on either side,” Horn said. 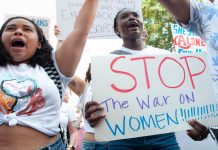 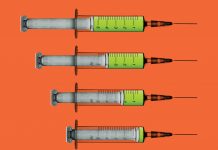 Why did Georgia execute more prisoners in 2016 than any other state? 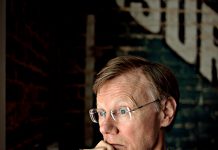 After Supreme Court victory, Stephen Bright won’t rest his defense of the poor and the powerless