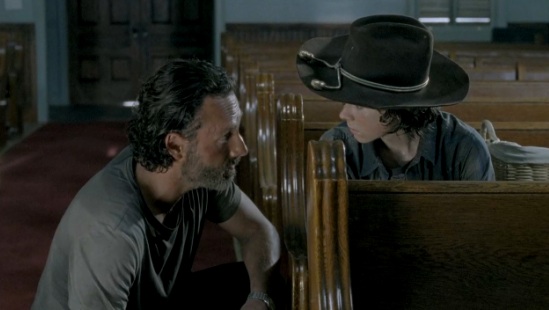 Just when we thought it couldn’t get any worse. In four seasons of The Walking Dead, Sheriff Rick lost his society, his best friend, his wife, his infant daughter (for a while), his razor, and then his freedom in an apparently cannibalistic Terminus. Now it appears he’s about to loose his roots.

From the look of the season five trailer just released at Comic Con, our beloved walker-stalked survivors are going to leave Georgia. Sure, it may be for a good cause, taking Eugene and his alleged “cure” to Washington D.C. and save humanity. But if it means Daryl and Co. will no longer trod upon our clay, then, frankly, what’s worth saving?

Don’t fret too much—even if the televised story leaves the state for a while, the show itself remains a Georgia product, currently shooting in Senoia.