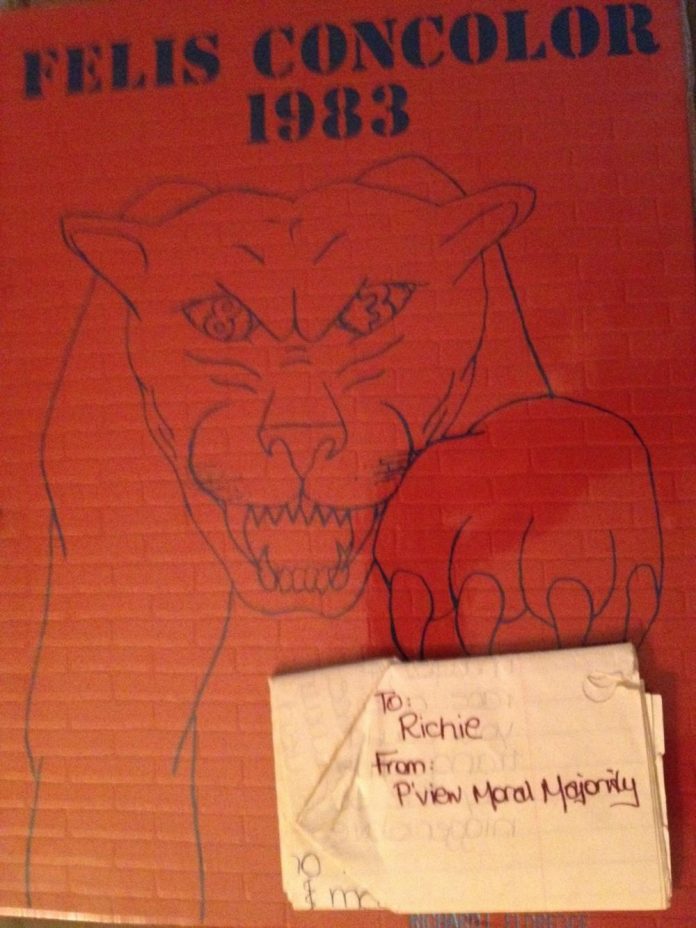 When Monica Pearson ends her residency in our living rooms as WSB-TV Action News anchor tonight at 6, she also retires with honors as one of the most grossly underpaid high school guidance counselors in history. Mine. Truth be told, Monica divvied up her devotion to the thousands and thousands of us who grew up in the metro-area during her 37-year tenure on Atlanta’s airwaves. I was 16 years old in 1980 when I was dragged, spitting sarcasm across six states from New Jersey to a brand-new school in Gwinnett County.

Monica became a permanent fixture in our home as soon as we liberated the television from its cardboard moving box. After surveying the local news options, my mother decided she preferred WSB-TV’s Action News, and Monica, in particular. The knob was not to be touched, even on evenings when she delivered chilling updates about the latest victim in the city’s seemingly endless unsolved missing and murdered children case. Monica was always there, flickering in the background, in full color in the living room as I did my homework and on the black and white portable TV in the kitchen, as mom dredged pieces of poultry through pulverized breakfast cereal for her famous corn flake chicken.

On the first day of school, with smiles as sticky sweet as the Stuckey’s pecan log roll we bought on our drive South, my new classmates at Parkview High School informed me that I “tawked phunny.” Phonetics aside, they taught me other valuable lessons as well.

Southern hospitality, starters. An African-American student teacher from the University of Georgia had the misfortune of being assigned to our all-white high school in Lilburn. I watched as a dog-eared copy of John Steinbeck’s “Of Mice and Men” flew through the air and slammed against a locker behind the terrified young woman. Another classmate, thinking she was a new student (and therefore integrating Parkview), screamed “NIGGER!” in her face. She was whisked into the teacher’s lounge and later out a side door. I was stunned. Growing up in New Jersey, I thought civil rights were just something in a history book and The War Between The States had been over for 115 years.

My education continued one afternoon when I opened my locker and a neatly folded rectangular note addressed to me fell to the floor. It was from the Parkview Moral Majority. The note was in response to a disagreement I was having with some of my new classmates about a certain after-school activity scheduled across the street. In a cow pasture. According to the large hand-lettered white sign posted in the field, a Ku Klux Klan rally would take place Friday night after the football game. Crosses and sheets were optional. Mysteriously, the rally was cancelled without explanation.

I unfolded the missive from the Parkview Moral Majority that had been hand-delivered through the vent of my locker. The three-page note on loose-leaf paper, beautifully printed in Bic blue ballpoint ink read in part: “The true system of the South must be allowed to thrive again, and it is nigger lovers like you that are preventing the furtherance of a once great civilization. Have you ever thought of the many great advantages you would gain if you were normal? You could have a race of society lower than yourself. You could experience the peace, tranquility and luxuries of the way the South used to be (with nigger slaves, of course).” The note was signed with the individual signatures of six of my classmates.

As a Parkview Pantera reporter, I knew exactly what to do with the fan mail. Excerpts of the letter became the centerpiece of my next editorial, “Is PHS Harmonized?” I speculated on how some of my classmates might fare if they ever left “the white cocoon of Lilburn.” Of the South’s penchant for dressing up in sheets, I theorized,  “J.C Penney must do big business down here during their January White Sales.”

On-air, my television guidance counselor was experiencing her own challenges. One night on the 11 o’clock news I stared, slack jawed, as Monica had to lead off the newscast by throwing to coverage of a Klan rally atop Stone Mountain — a story filed by a white reporter on the scene, as guys in sheets and crosses blazed behind him. It was the night I noticed Monica’s race for the first time.

After high school, I fled to study communications at Glassboro State College back in New Jersey. I had zero intention of ever returning South. On flights home to visit my family, however, I noted Atlanta’s skyline was growing up. And as always, Monica was in her anchor chair. Bigotry hadn’t sent her packing. Instead, she became an agent for change. And as a reporter, she was chronicling that change. On my visits home, Monica was increasingly everywhere: on the cover of Atlanta magazine at the airport newsstand, on the sides of downtown MARTA buses rumbling past and beaming from towering I-85 billboards. Somehow, she was able to embrace this city, flaws and all. In return, an ever-evolving Atlanta anointed her its most cherished media figure. From her guidance counseling office on the six o’clock news, Monica was still dispensing advice. In the fall of 1990, I came home for good.

This spring, during an interview for an article in our July issue, 31 years after those crosses blazed behind her on the 11 o’clock news, I finally had the chance to ask Monica Pearson about that night. She considered the inquiry while shedding her canary yellow anchor jacket to soak in the afternoon sun on the WSB patio. “It was just news,” she said simply. “And you had to cover it.”

For a second, that perplexed Parkview Pantera reporter re-emerged. Monica laughed and explained. “I grew up in the era when we were moving from segregation to integration. I remember the Coloreds Only bathrooms. I remember being measured for clothes because I couldn’t try them on in the store. But I learned how to compartmentalize things. It was my job as a reporter to cover the news and tell both sides of the story, no matter what that story was or how it might impact you on a personal level. It was important to stay in reporter mode.” Smiling, she allowed, “Now, that’s not to say that when I got home on those nights, I didn’t get my tennis racket, go down to the court and hit that backboard a good shot and say to myself, ‘These people are crazy.’”

A few days after our interview, I drove out to Parkview High School on Cole Drive. Squinting in the bright sun, I surveyed the manicured fields in front of me. When that Klan rally was mysteriously cancelled decades earlier, locals began whispering that the county had been quietly negotiating with the owner to purchase the land for soccer fields. And the deal threatened to make like Sherman’s march to the sea if the field became a racist recruitment center for school kids. In 2012, those acres serve as five gorgeous playing fields run by the Gwinnett Soccer Association. Kids of every color now kick the ball down the field in what has become one of the most diverse counties in our state.

Monica threw away the hurtful letters from racist viewers she received over the years. She explained, “You should never keep anything that toxic.” It’s the one piece of advice from my old high school guidance counselor I haven’t heeded. On the day I received my diploma, I carefully refolded my correspondence from the Parkview Moral Majority and tucked it inside my Class of 1983 Felis Concolor Yearbook for safekeeping. I never wanted to forget that those people exist in the world. That yellowing hunk of loose-leaf notebook paper has served me well over the years. It became the catalyst for a career in journalism.