Ten minutes south of the Atlanta airport, off Interstate 75’s Exit 233, past the Cracker Barrel, the vape store, and the Harley Davidson dealer, the road behind Southlake Mall leads to what might pass for a movie set done up to look like Mayberry. There you’ll find rose bushes in bloom, vintage homes with broad front porches, manicured landscapes. Look a little closer, though, and you’ll spy the broken glass, the boarded-up windows, and the drywall in shambles.

Welcome to Olde Towne Morrow. A decade ago, local politicians attempted to give Morrow the city center it had always lacked, and, in turn, revive the nearby mall and the city itself. And, for two years, it was a success. Sylvia Redic, Morrow’s current city manager, recalls Christmas galas, free concerts, and busy restaurants.

“It’s such a heartbreak to even talk about; I could really start crying because there was so much life here,” says Redic, who worked in Morrow’s grants and zoning office during part of that time. “I was here every day. It was contagious.”

So what happened? Although it counts just 7,000 people and measures just 2.5 square miles, Morrow has always been Clayton County’s commercial nucleus, still home to the lone movie theater complex in a county of nearly 300,000. Southlake Mall opened in 1976 and for decades was the only mall in Atlanta’s southern crescent. But by the early 2000s, a phenomenon coined “bleeding south” by Morrow city leaders was taking its toll, as big-box retailers such as Staples and Old Navy fled for faster-growing exurbs like Henry County.

In 2005 then-city manager John Lampl conceived of the 19th-century-style Olde Towne as a unique way to draw people to the area, invigorating the mall (which would lose half of its four big-box anchor stores by 2011) and creating a hub of boutique shops. Officials struck a deal with longtime landowners for wooded acreage behind the mall, where the city would ultimately invest more than $12 million. Plans called for homes and apartments that would have flanked the interstate on one side of the property and bordered a lake on the other.

For a place with quintessentially nostalgic aspirations, the first components couldn’t have been more authentic. The city began buying (for as little as $1) beautiful but abandoned old homes from around Georgia, which were trucked to Morrow at a cost of up to $200,000 and reassembled on site. These six centerpiece houses (plus an old log smokehouse) include a stately Victorian and 26-room Greek revival antebellum mansion from Macon once owned by Confederate Colonel Leroy Napier. In 2007 Morrow’s then-public works director Jeff Eady told the Clayton News Daily that Lampl had succeeded in getting the homes installed before civil engineering started—the reverse of normal procedure—to quickly drum up public interest.

One by one they were reincarnated: as an Irish pub, a seafood restaurant, a dessert shop, an art gallery. “I think we were all excited,” says longtime resident Jeanell Bridges. “It was a place where I could invite my friends from Atlanta to come down and share dinner with me in a nice atmosphere.”
And then it all unraveled. Rumors spread about the integrity of Olde Towne’s construction, and tenants grew frustrated. Suspicious citizens (led by current Mayor Jeff DeTar, who declined comment) filed open records requests and questioned Lampl’s decisions in developing Olde Towne.

Soon city officials revealed their findings: that none of the project’s buildings met fire safety code (builders had used cheaper, residential sprinkler systems when commercial-grade is required) and the entire development lacked proper environmental studies. Tenants hadn’t been required to sign leases, and monthly rent payments weren’t being enforced, according to the Clayton News Daily. City officials shut down the majority of Olde Towne in December 2010, and the following summer Lampl was arrested on felony charges. Redic believes everyone’s intentions were positive, but ultimately “the corners that were cut cost us the ability to operate.”

After years of delays and appeals, Clayton County District Attorney Tracy Graham Lawson expects Lampl’s trial to begin this month. Lampl is accused of illegally awarding contracts for the project’s construction without properly soliciting bids, signing off on certificates of occupancy for buildings with inadequate sprinkler systems, and lying under oath to a special grand jury investigating public corruption. Lampl’s attorney has insisted he’ll be cleared at trial.

Redic says pouring more money into upgrading the sprinkler systems, even at an estimated cost of less than $100,000, was not politically favorable and never legitimately considered. “The citizens got angry,” she says, “and rightly so.”

But the past three years have brought new hope. In 2014 Los Angeles–based investment group Vintage Real Estate bought the foreclosed Southlake Mall and recently announced that fashion retailers H&M and F21 Red have signed leases. Mall occupancy is now at 92 percent. In the husk of JCPenney, a call center has opened that expects to add 1,000 jobs and foot traffic to the area.

Olde Towne itself is drawing its own interest from developers. Ideas have included a senior complex, D.U.I. driving school, tow yard for vehicles, zombie-themed amusement park, and the most grandiose of all—a mixed-use mini-city with a 30,000-seat, domed football stadium. That proposal made headlines but couldn’t find financing.

There’s no set price. “We really just say ‘make us an offer,’” says Redic. “Let’s get the conversation started.”

The silver lining to Olde Towne’s collapse, in Redic’s view, is that it inspired Morrow residents to become more civic-minded. Bridges was inspired to get involved by the ordeal. She’s now a second-term city council member—the first African American ever to hold that post in Morrow—and an optimist.

“Something good will happen with the property,” she says. “It will again become something we can be proud of.” 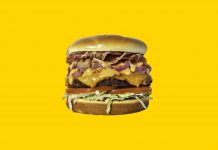 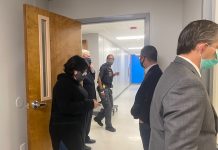