Baby panda-monium could be coming soon to Zoo Atlanta. Last week, the zoo announced giant panda Lun Lun is expecting and would be on 24-hour birthwatch for the next three weeks. Today, the zoo released an ultrasound picture on social media confirming that Lun Lun was pregnant with not one but two cubs.

Lun Lun is, of course, already mom to another set of adorable panda twins, Mei Lun and Mei Huan, who became an international sensation when they were born in 2013. The cubs were the first panda twins born in the U.S. since 1987, according to the Zoo.

A press release from Zoo Atlanta, however, is careful to warn that miscarriages are common for giant pandas, so fans will just have to wait and see whether two new fluffballs will join Mei Lun and Mei Huan. If you want to follow the excitement, Zoo Atlanta’s Panda Cam will be fixed on Lun Lun’s den during the birthwatch. 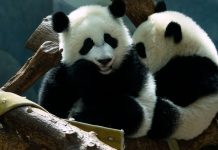 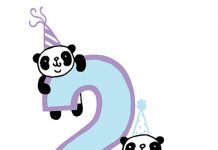 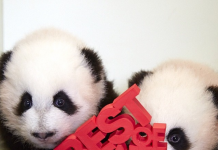