Home Travel Where to Stay: Spotlight on Tennessee’s Urban Cowboy 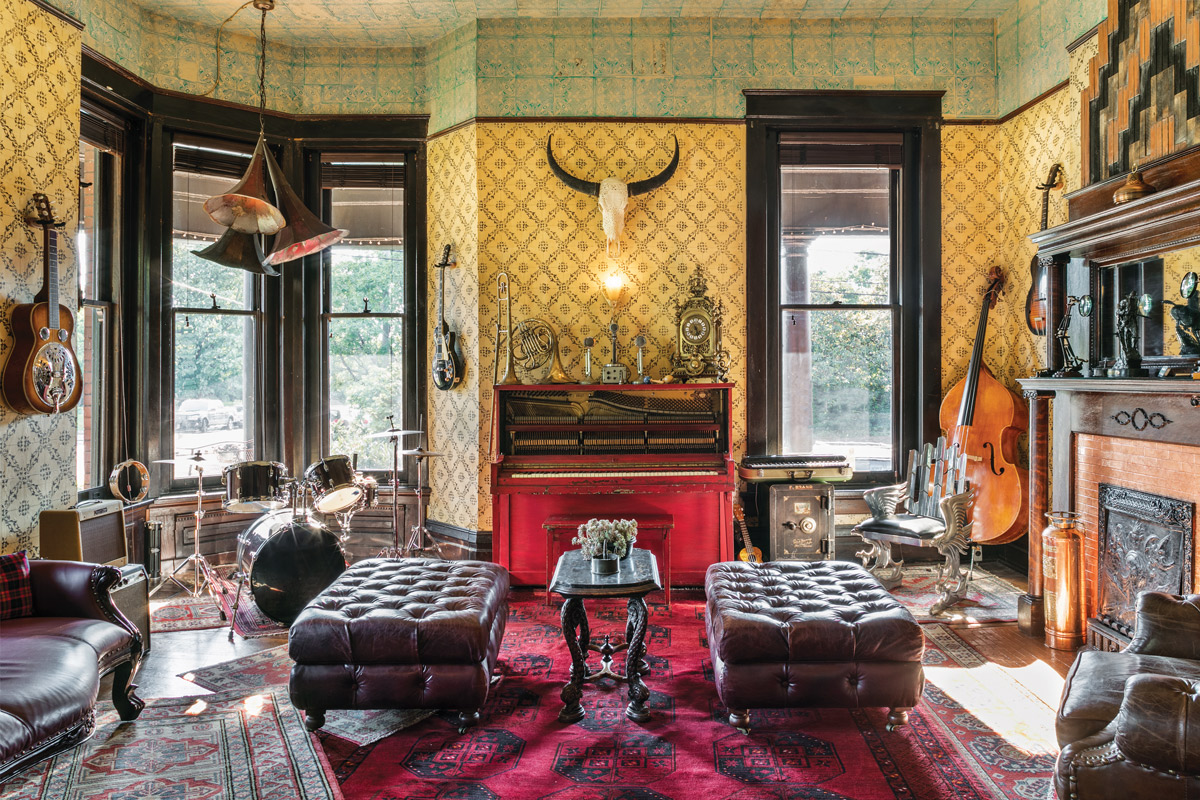 Shortly after arriving at Urban Cowboy, my boyfriend and I passed a couple on their way home. We asked for advice on what to do around the bed and breakfast, and they rattled off a list of nearby restaurants and watering holes. “But honestly,” the man said, “I just liked hanging out and imagining the rest of my life is as hip as here.”

For context, the couple looked pretty hip. But there’s hip, and then there’s Urban Cowboy hip. Everything about this bed and breakfast screams cool—from its location, East Nashville, to the complimentary Belle Meade bourbon it offers at check-in. Mosaics by local artists hang on the walls and a music room is filled with instruments just waiting to be picked up and played.

Fittingly, I first heard about Urban Cowboy from Instagram, the social-media platform for trendy photos. Some of the images on the inn’s feed show the outside of the house, a stately Queen Anne Victorian mansion. Others depict the inside, which is composed of seven suites, each with its own name (such as Midnight Rider), unique style (burnt-wood paneling, antler chandeliers), and claw-foot tub. Out back, there is another suite, plus a small restaurant and bar that is open to the public. We had a delicious late-night meal (skirt steak and an old-fashioned for me, chicken tacos and beer for him) and sat by the fire. At the bar, I ran into Lyon Porter, who opened Urban Cowboy Nashville with Jersey Banks in 2016, two years after they launched the successful Urban Cowboy Brooklyn.

As the story goes, they found the historic mansion within hours of landing in Music City. It was already a bed and breakfast, but Porter and Banks made it their own, stripping it down to the studs and adopting a chic Southwest aesthetic. After dinner, my boyfriend and I explored our room, appropriately called the Captain. The bed was nestled into an alcove beneath a porthole. There was a machine that projected stars on the ceiling and another that made white noise, resembling waves.

Breakfast the next morning was a simple, serve-yourself affair in one of the communal rooms downstairs. I tucked into some fresh fruit and cheese while lazily reading the newspaper. In the next room, two women took advantage of the light and picture-perfect backdrop to take photographs.

Sure, real life is rarely so hip. But it can feel really good to pretend.

Shop East Nashville
East Nashville is home to many of Music City’s artists and musicians, so it makes sense that it’s also home to some of the city’s best shops. The delightfully unpretentious Fanny’s House of Music sells guitars, amps, and vintage clothes to rock on stage. Around the corner is the popular Art & Invention Gallery, which offers a variety of unique works, including bowls that sing. Its IDEA Hatchery showcases (and sells) the creations of local artists at eight tiny start-up boutiques just outside the gallery.