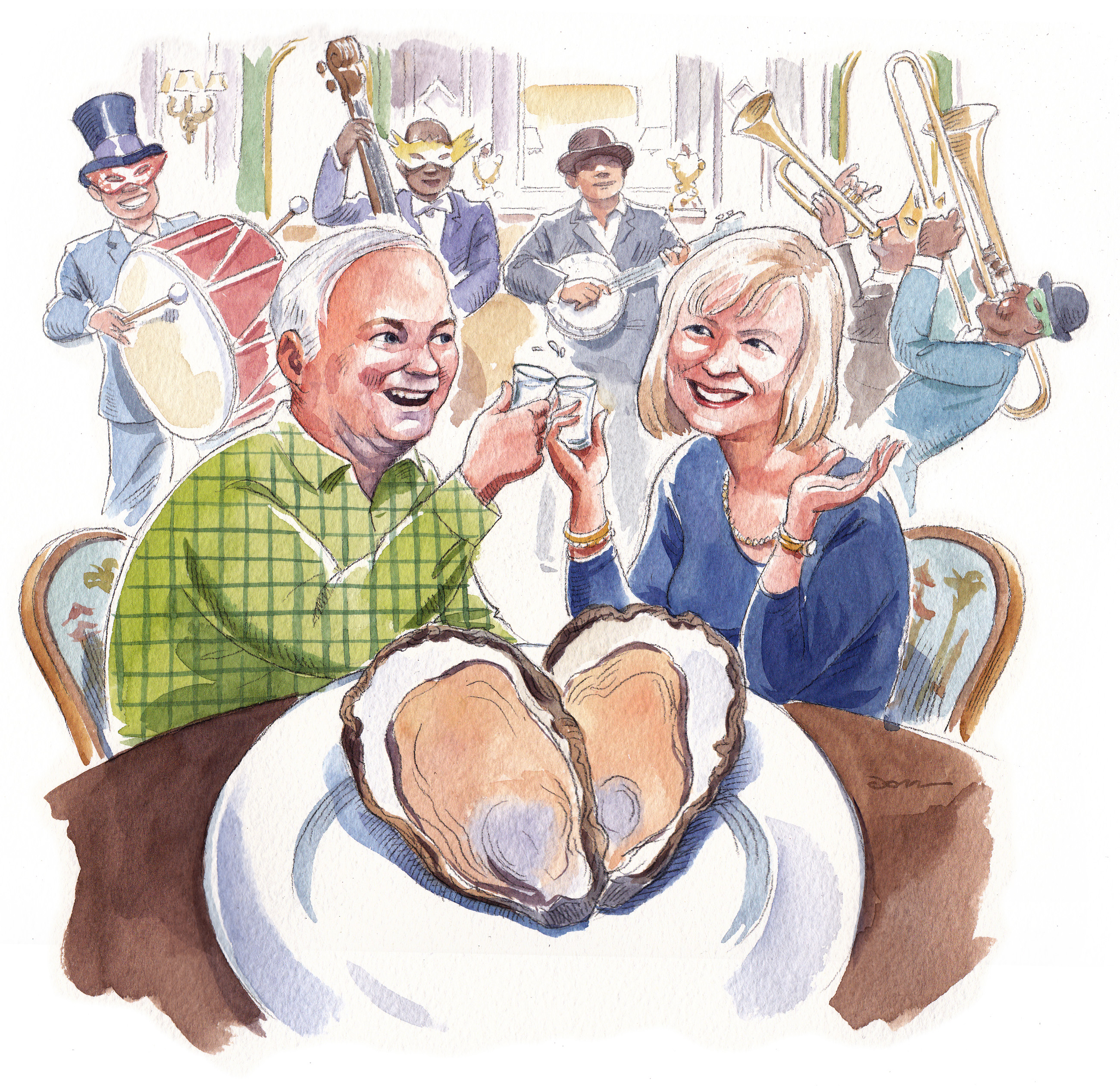 Travel does much to broaden, educate, and civilize us. We’re exposed to new sights and scenery, exotic cuisines and cultures, life-changing experiences. But travel does another thing that’s just as important: Take a trip with someone, and the two of you will get to know each other in more ways than you can imagine. If I were counseling a soon-to-be-married couple, I’d advise them to take the honeymoon first.

The summer before my husband and I decided to cast our lots together for better or worse, we took a spontaneous trip to New Orleans. “We’ll get to know each other better,” he announced as we set out on the drive to the Crescent City. I agreed, though I dared not tell him what I was really thinking: That’s what I’m afraid of.

I had met Pat Conroy at a writers conference in Birmingham a couple of years before, and we’d been friends ever since. At some point our relationship had shifted, and we were getting serious. He was a renowned author who had traveled extensively, lived abroad, and hobnobbed with the rich and famous; I was an unknown writer who taught at a community college and spent weekends grading student essays. In comparison to the worldly Mr. Conroy, I was an unsophisticated rube, something I’d taken great pains to hide from him. I’d never set foot inside Commander’s Palace, Antoine’s, or any of the other famed eating joints we discussed on the drive.

Pat had reserved a swanky place for our visit, a suite in the Windsor Court Hotel with our own balcony overlooking the Mississippi River, and I was awestruck. I’d never stayed in such a place, although naturally I pretended otherwise. Fortunately, my first misstep was out of Pat’s line of vision: I almost knocked the bellman down when he suddenly appeared to open the passenger door for me. Handing over his car keys, Pat missed the moment when I slammed the door into the poor fellow’s face. So that’s what those guys do, I noted as the bellman regained his composure and fetched our luggage from the trunk.

Pat learned that the restaurant at the Windsor Court was one of the most highly ranked in New Orleans, so we didn’t have to venture out for dinner after our long drive. Much to his delight, he also discovered that oysters on the half shell were available, even though it wasn’t an “r” month. Having been raised in “L.A.” (Lower Alabama), I’d been weaned on Apalachicola oysters, so I too was pleased. Plus I wouldn’t have to wonder which fork to use with foie gras or how to pry out escargots.

Either of which might have been a better choice for me, as it turned out. The oysters were fabulous, topped with a vodka-shallot sorbet and washed down with shocking shots of ice-cold vodka. Pat raised his eyebrows when I ordered another round, but I waved him off. For the first time in my life, I was daring and urbane, a Zelda Fitzgerald–like sophisticate dashing down oysters and vodka with the finesse of a true bon vivant. Pat had been right, I realized, about our getting to know each other on this trip. I’d discovered that he was a knowledgeable, cultured person to travel with, and he was learning the same about me.

I don’t remember the rest of the evening, except for a vague, humiliating flashback of Pat half-walking, half-toting me to the suite, where I promptly passed out. I awoke the next afternoon when he returned from sightseeing, a knowing smile on his face. “Don’t get out much, do you?” he teased. I was caught, and we both doubled over laughing. Since then, we’ve been many places. But it was during that trip to New Orleans that we truly got to know each other, for better or worse.

Cassandra King lives in the Low Country of South Carolina with her husband, novelist Pat Conroy. She is the author of five novels, including the recently released Moonrise, inspired by Daphne du Maurier’s classic Rebecca.