WHERE IN THE SOUTH? 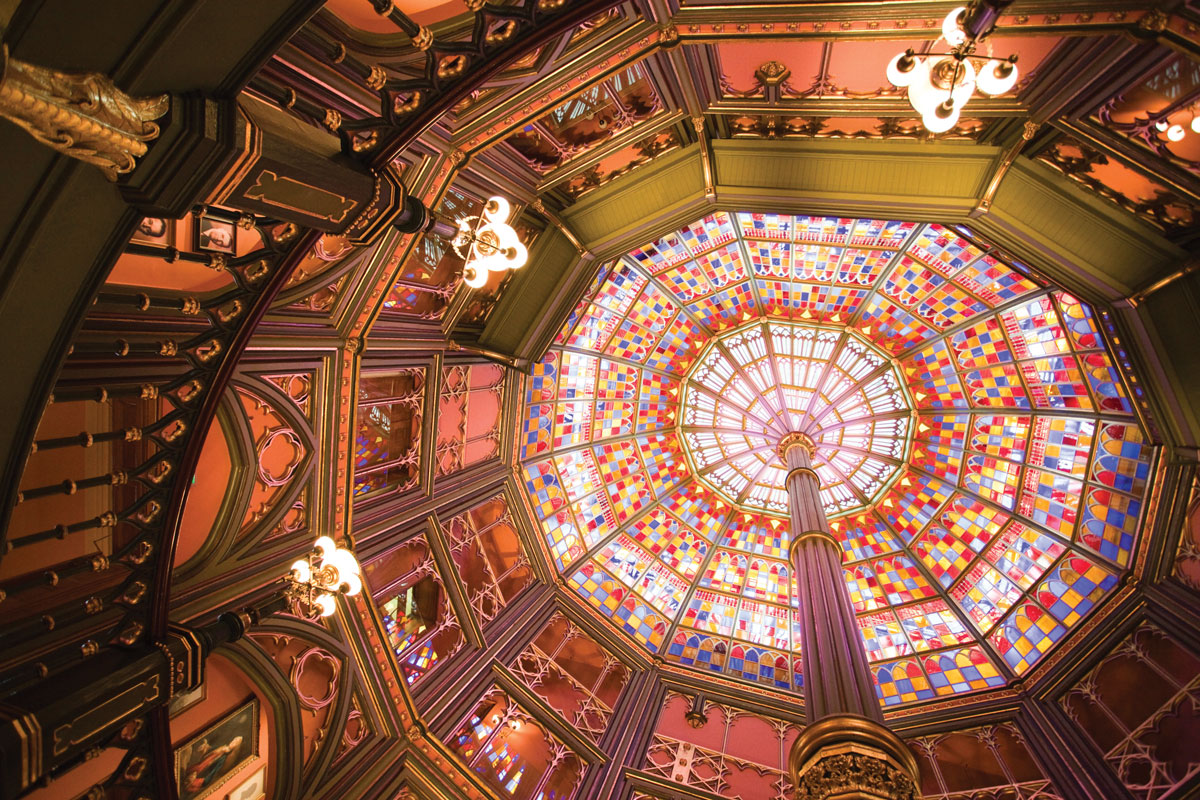 Can you identify this architectural marvel?

Completed in 1850, this structure’s turreted exterior earned the disdain of Mark Twain, who called it a “little sham castle.” Despite this harsh criticism, the site stands as one of the South’s most storied buildings. After serving as a state capitol for just over a decade, the building was seized by Union soldiers in April 1862; later that year, a fire gutted its interior. (According to Twain, it would have been “so easy to let dynamite finish what a charitable fire began.”) The embattled building stood neglected for the remainder of the Civil War and Reconstruction. Following an 1880 restoration, the reborn statehouse was the site of fiery debates and even fistfights over the state’s first lottery. Today, it’s a popular stop for visitors, who are wowed by its striking design features—especially the soaring rotunda constructed of 2,054 pieces of stained glass in rich hues of red, gold, and azure. The rotunda’s center pole is covered in a gold-leaf floral design believed to be magnolias, a nod to the state flower. A grand, cast-iron spiral staircase descends from the rotunda to the second floor, where guests can tour the former House and Senate chambers, then descend to the first floor to see the now-museum’s permanent exhibitions. –Jennifer Green

If you can name this architectural marvel, send an email to southbound@atlantamagazine.com or drop us a note at 260 Peachtree Street, Suite 300, Atlanta, Georgia 30303.