Since she was a kid, Angelica Tassoulas Connelly has spent summers visiting her father’s family in Greece, where in recent years she has watched the country’s arts and design movement flourish. “Smart people there, who are trained to do bigger things, are now working on fashion goods,” says Connelly, citing the many architects and engineers she’s met who have turned to crafting sandals, bags, and jewelry in the wake of Greece’s economic crisis. In 2014 she launched an Atlanta-based online shop, Angeliki, to showcase the work of these “21st-century Greek artisans,” most of whom have never sold their wares outside of the country. She makes several scouting trips a year, scouring Athens and the surrounding islands for makers of small goods like molded concrete coasters, traditional hand-painted pottery, and bags made of cork. “You never have to worry about quality in Greece,” Connelly says. “They’ll keep a shipment from me for months to get it perfect.” 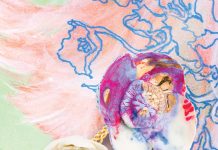 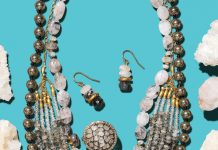