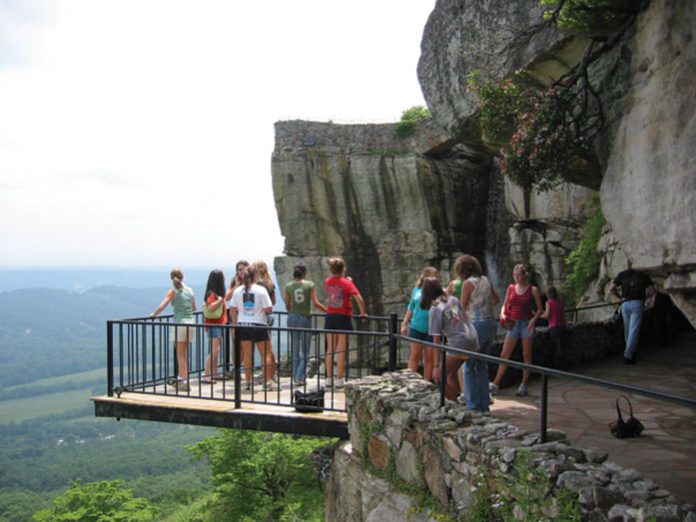 Chattanooga has come a long way since Walter Cronkite called it the dirtiest city in America in 1969. A renaissance that arose in 1992 with the glass pyramids of the Tennessee Aquarium has spawned a pedestrian-friendly downtown with a vibrant arts and dining scene. Only ninety minutes from Atlanta, it feels more Midwestern than Southern, with hints of Europe along the river bluffs.
STAY
The full-service Chattanoogan Hotel is strategically stationed along the city’s north-south thoroughfares, between the bustling riverfront and the artsy Main Street district (and only one block from the free electric shuttle that connects the two areas; it runs till 11 most nights). Luxurious suites offer views of iconic Lookout Mountain, as does an indoor pool and spa. The Chattanoogan’s martini bar, the Foundry, draws a sharply dressed crowd on weekends for live jazz. For a more intimate stay, the Bluff View Inn sits atop a cliff, with a cozy patio overlooking the Tennessee River and Maclellan Island. The inn’s 3 turn-of-the-century homes offer 16 B&B rooms in the quaint and scenic Bluff View Art District. Wander over to Rembrandt’s for midmorning coffee.
EAT
A stone’s throw from the river and the aquarium, Hennen’s American menu specializes in fresh seafood such as grilled cobia over salad greens with fingerling potatoes and onion dressing. Its sidewalk patio is an inviting place to linger on a crisp fall day. The Bluewater Grille, also near the river, is a laid-back spot for a Sunday jazz brunch before an afternoon of touring the aquarium or gallery-hopping in the Bluff district. Head to the fun and quirky Terminal BrewHouse, across from the historic Choo-Choo (now a hotel), for seasonal, house-brewed ales and lagers. The pub livens up traditional bar fare by partnering with local vendors such as neighbor bakery Niedlov’s Breadworks.
DO
The impressive Tennessee Aquarium has both freshwater and ocean displays and is situated along manicured riverfront trails, the bases for various boat tours and water taxis. Walk over a glass-bottomed bridge to the Hunter Museum of American Art and the Bluff View Art District. The area anchors the south end of the Walnut Street pedestrian bridge. On the north side, Coolidge Park (with its restored indoor carousel) borders the hip NorthShore District, a bohemian community of shops and cafes. Edgy Main Street is lined with public sculptures and numerous galleries, such as fine craft gallery Area 61 (61 East Main Street, 423-648-9367). Don’t miss the vistas of the Tennessee River valley from Lookout Mountain, and if you’ve never done it, heck—see Rock City.
Photograph courtesy of Chattanooga CVB
Advertisement 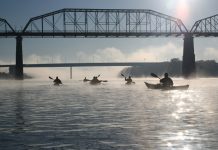 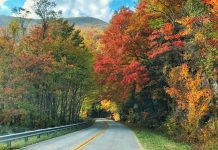