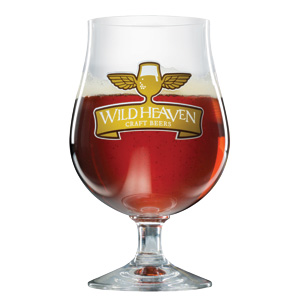 “If I get really into something,” he says, “I don’t want to be an observer.”

Fortunately for him (and for us), he knew Eric Johnson, an Athens brewer and bar owner. In September 2010, with $100,000 in start-up money, Wild Heaven debuted two beers—Invocation (a Belgian-style ale) and Ode to Mercy (an imperial brown ale aged on oak, infused with coffee). With alcohol content north of 8 percent, the beers were not for gulpers. But as Purdy explains, Wild Heaven was intended to stand out from the rest of the pack, so crowded with pale ales. “Our beer shouldn’t remind you of anything else,” he says. Since then, Wild Heaven has added Eschaton (a quadrupel aged on Pinot Noir chips, with a 10.5 percent ABV that you will not forget—or maybe you will) and Let There Be Light, which, at 4.7 percent ABV, is the brewer’s
first “sessionable” beer, beerspeak for “go ahead and have more than one.”

It goes without saying that if Georgia hadn’t relaxed the alcohol limits on beer several years ago, there would be no Wild Heaven. But the upstart has also benefited from another law, which permits growler sales. Purdy figures that a quarter of all their draft sales so far this year has been at growler shops. Wild Heaven is now on pace to sell approximately 2,000 barrels in 2012, or 62,000 gallons. Currently their beers are produced on contract out of breweries in South Carolina and Mississippi, but Purdy is hoping to break ground soon on Wild Heaven’s very own brewery, right in Avondale Estates. Wild Heaven has signed a lease on an 8,000-square-foot industrial space just two blocks from MARTA. Once the $1.3 million brewery is open, hopefully by the end of the year, Wild Heaven will be able to produce up to 12,000 barrels a year. And watch out for tasting tours of the new place, with bands appearing outside. After all, Paste is just around the corner. What could be better than bringing together your two loves?