The “Little Grand Canyon,” 40 miles south of Columbus, may look like a natural phenomenon, but it’s actually the result of human tampering. The canyons, some 150 feet deep, began as 19th-century farming irrigation ditches, which eventually eroded into a network of 16 gorges carved into the soil and stained pink, red, orange, and white by minerals. A number of short trails duck in and out of the ravines. The seven-mile Red Blaze Trail “backcountry loop” offers six sites for cool-weather camping (avoid summer!) in a landscape that’s as close to Arizona as you’ll find in this state.

Back to 50 Best Things to Do in Georgia 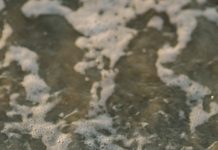 Watch hatchling turtles make their way to the ocean at dawn 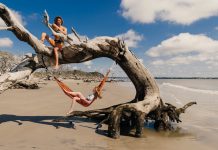 String up a hammock between fallen trees on Driftwood Beach 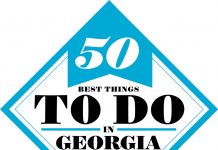 Peer into a blue grotto at Radium Springs Gardens